GeForce GTX 680 is a real speed freak, but overclocking is not as simple as we are used to. With that said there is nothing that can’t be done with the help of a little violence and technology know-how. With a tailored voltage cirucitry an EVGA graphics card was overclocked to 1840 MHz.

NVIDIA has equipped the latest Kepler GK104 GPU with a dynamic overclocking function called GPU Boost. The technology is a key component in GeForce GTX 680 and its impressive performance is not without drawbacks. The traditional frequency bump and not the least manipulating the GPU voltage is now handled automatically. This is something overclocker KIngpIn has moved around by sipmly soldering a separate voltage circuitry to an EVGA GeForce GTX 680 graphics card and cooling the card with liquid nitrogen. 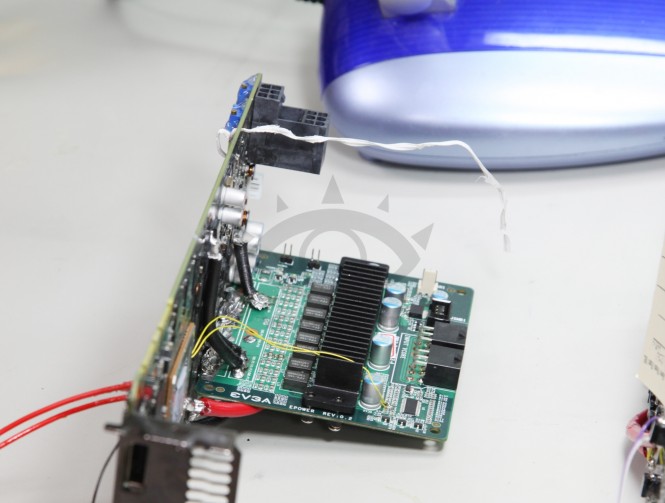 The result is an overclock at staggering 1840 MHz, which is even higher than what elmor managed to do with MSI R7970 Lightning. The benchmark score in 3Dmark 11 Performance at P14912 shows that AMD’s top model performs surprisingly well at these frequencies, even if this is also affected by the processor platform. 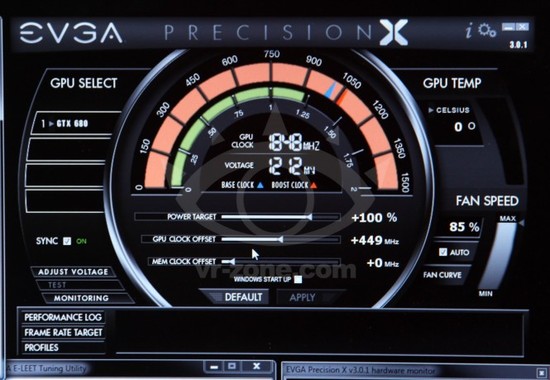 If these serious hardware modiciations will become more than the occassional exception for overclocking GeForce GTX 680 remains to be seen, but it looks like the new generationen 28nm circuits has impressive overclocking potential. 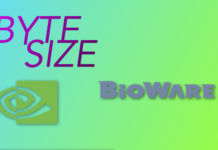