EVGA GeForce GTX 470 SuperClocked+ looks like any reference GTX 470 at a glance, but through minor optimizations of the reference cooler EVGA has lowered load temperatures significantly. According to EVGA the card will run 7 degrees lower than the reference model thanks to an extra heat plate on the back and an optimized I/O bracket. 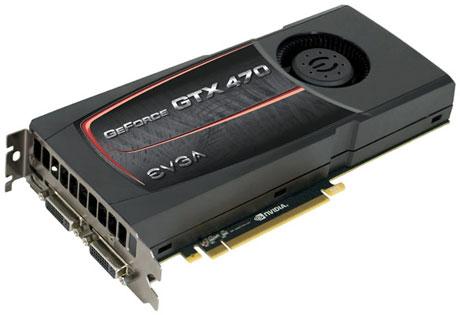 The graphics card sports dual DVI and a mini-HDMI output. 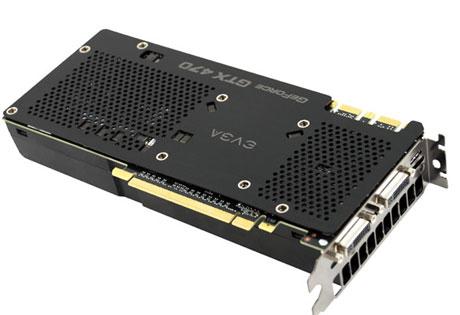 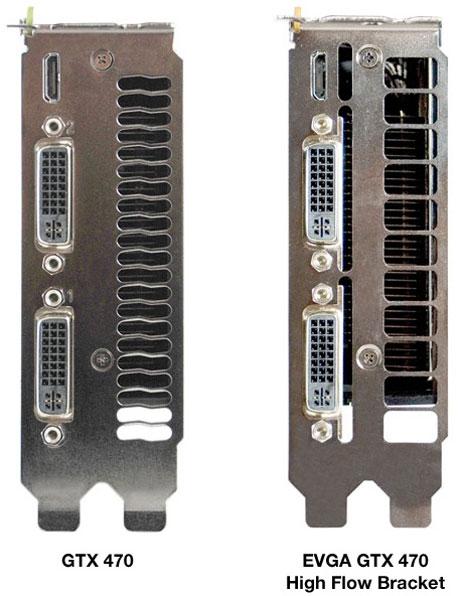