ASUS Eee Keyboard has been in the news for a while now and last we heard the keyboard-computer would appear in Europe in October. That doesn’t look like it will happen and now we’re sooner leaning toward launch in Q1 2010. Now that we have been given a taste of what Eee Keyboard can do it feels like ASUS has used the extra time well. Eee Keyboard is a keyboard containing a complete computer, even a small 5″ display with touch technology.

The computer even reminds of a netbook, hinted by the Eee branding, with an Intel Atom processor as the heart of the system. Either way, we have to say that this is more or less just a netbook disguised as a keyboard.

The Atom CPU aside, there is also a media processor from Broadcom. We have no details on this chip more than that it will enable Eee Keyboard to play 1080p video, sufficient for most of us. It can transmit the signal through the HDMI output but also stream High Definition video through Ultra Wide Band. Something they have demoed on video at Netbooknews.com.

The video below presents some additional information on Eee Keyboard and its special 5″ display with its resistive touch technology. 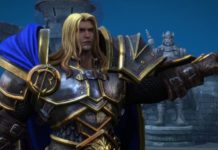 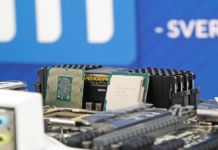