Eee Box B204 and B206 Boast Hardware Decoder and HDMI

ASUS earlier announced a new version of its budget PC Eee Box sporting Intel’s Celeron 220 processor, but it has now released the next update. Information on Eee Box B204/B206 has been released and it reveals a lot of additional features. First of all, ASUS has integrated an extra graphics circuit in the form of Radeon HD 3400, which enables a new HDMI output for Eee Box. The lower-end model B202 has also been tweaked with Bluetooth and integrated battery that can act like a UPS at a power failure.

Read on about the two new Eee Box models in the press release;

Taipei, Taiwan, – ASUS today unveiled HD versions of its popular Eee Box—a tiny 1L-sized desktop PC—that it launched in June 2008. With the new Eee Box B204 and B206, users will be able to enjoy viewing hardware-accelerated HDcontent on LCD TVs, monitors and projectors via an HDMI output—making them ideal for families seeking a simple, space-saving home entertainment solution. The Eee Box B204 and B206 are also preinstalled with Eee Cinema, a full-featured media player that enables users to play high definition content easily. Eee Cinema offers superior format compatibility and extensive media library management options. To help users navigate Eee Cinema’s comprehensive features speedily, both the Eee Box B204 and B206 come with a convenient remote control.

Built-in Video Decoder for High Definition Entertainment
The Eee Box B204 and B206 deliver crisp and fluid high definition pictures straight out of the box. They are equipped with a discrete graphics card that features a high definition hardware video decoder, vastly improving the quality of video and freeing the Eee Box’s processor to tackle other tasks. Ensuring quick and hassle-free connectivity to LCD TVs, monitors, projectors and home theater receivers is an easily-accessible HDMI output on the Eee Box B204 and B206’s rear I/O panel.


Exclusive Remote Control for Easy and Convenient Media Playback
The Eee Box B204 and B206 come with an exclusive remote control that enables users to easily browse, manage and play their media from a distance. The remote control works seamlessly with Eee Cinema, a user-friendly, all-in-one media player that supports all popular music, video and photo formats—transforming the Eee Box B204 and B206 into complete digital home entertainment centers.

Annual Savings of US$156* from Reduced Power Consumption
The Eee Box B204 and B206 are designed and manufactured according to stringent Green ASUS guidelines. They are made with earth-friendly materials and fully comply with RoHS and WEEE. The Eee Box B204 and B206 also consume only around 20 wattsof power, reducing the user’s carbon footprint by up to 90% as compared to full-sized desktop PCs**. Eee Box B204 and B206 users will benefit on the monetary front as well; those who leave their computers on 24 hours a day stand to save approximately US$156 a year*.

Packed with Uncompromising Features
Belying their small size, the Eee Box B204 and B206 are packed with a wealth of outstanding features. They support the latest Wi-Fi 802.11n wireless standard, providing up to eight times faster speeds than the previous 802.11b/g wireless standard. In addition, the Eee Box B204 features Bluetooth® for quick and hassle-free connectivity to other Bluetooth® devices. Both models also come with 10GB of online Eee Storage, allowing users to access their documents and media no matter where they are. Furthermore, they feature an exclusive Easy Mode within Windows® that provides users with convenient access to commonly-used applications via an incredibly intuitive interface. Adding to their ease of use is Eee Bar, a fully-configurable application bar on the Windows® desktop that allows users to launch programs with a click.

Another innovation present in the Eee Box B204 and B206 is ASUS Tranquiller Technology that integrates an optimized system air flow design, intelligent fan speed control and a unique heat dissipation material in order to allow them to operate coolly at an extremely quiet 26 dB*** for comfortable home computing. Moreover, the Eee Box B204 has a built-in battery that performs an Uninterruptible Power Supply (U.P.S.) function, enabling it to stay running for a period of time when main power is lost.

* According to www.taipower.com.tw. Actual savings will differ from region to region.
** Full-sized desktop PCs consume approximately 200W ~ 300W of power.
*** In idle mode. As a point of reference, the Eee Box B204 and B206 run at 26dB, virtually as quiet as unoccupied broadcast studios (20dB). 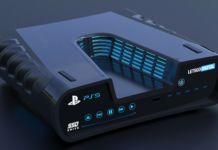