The clock frequencies of current DDR3 memory have been rising steadily over the last year and this is reflected in JEDEC’s work with the specifications for DDR4. When the organization presented the new specifications it talked about speeds up to 4266 MHz.

The DDR4 specifications is specified from 2133 MHz up to 4266 MHz, which is higher than previously planned. Beside a higher clock frequency DDR4 memories will also have a lower operating voltage where the standard is expected to land between 1.1V and 1.2V, but there are dooes for devices with as low voltages as 1.05V. 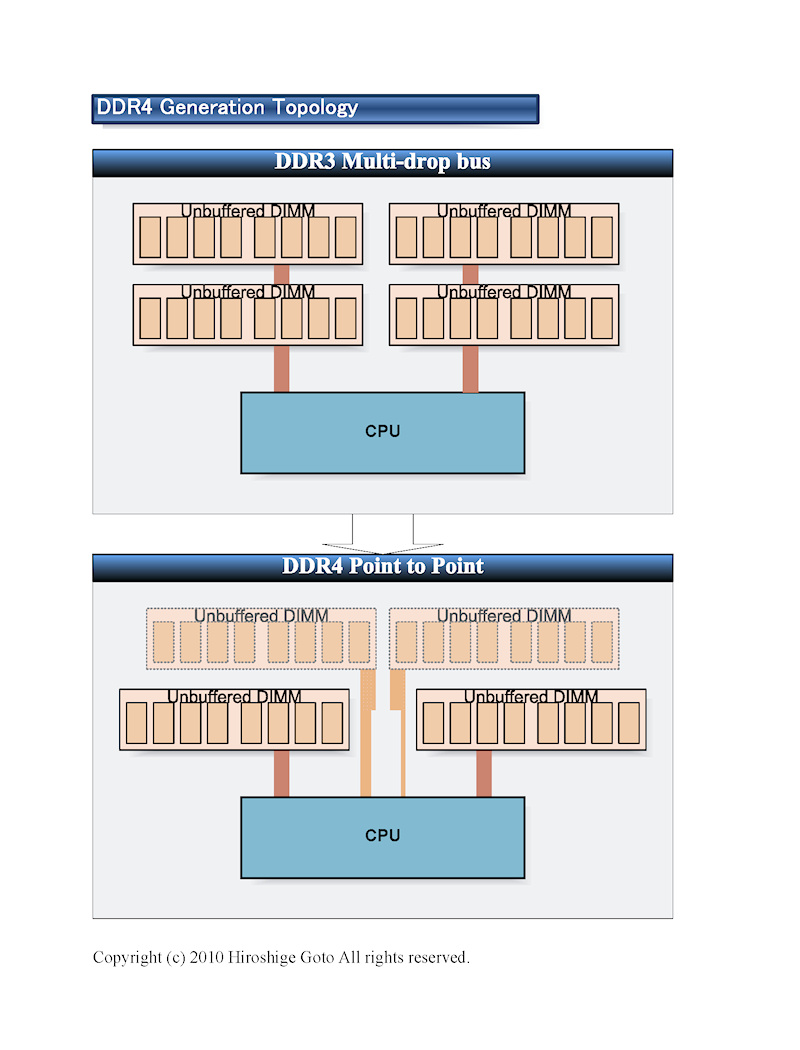 Unfortunately there are some drawbacks of the impressive specifications. To secure the high frequencies the DDR4 specification will only support one module per memory controller. This means that memory makers will have to increase the density of memory circuits quite a bit and simply make more advanced memory modules. At the same time the timings will continue to rise, but access times should still drop.

To reach the densities and clock frequencies mentioned manufacturers will have to use manufacturing technologies at the 32nm node and smaller, but this isn’t expected to happen before 2013 and broad availability in 2015 when the transition is expected to really start and overall JEDEC expects a very long transition.