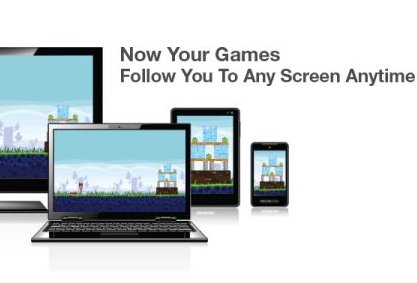 Cotton Candy looks like a regular USB stick with an extra HDMI output, but under the 8cm long plastic cover hides a complete Android platform with dual-core Cortex-A9 CPU at 1.2 GHz. An ultramobile Android platform that connects wherever.

Cotton Candy has the same level of performance as Samsung’s smartphone Galaxy S II, but without the screen and battery. The system processor is built with the same building blocks, two ARM Cortex-A9 CPU cores at 1.2 GHz and an ARM Mali-400MP GPU with 1GB RAM. Add to this 802.11n WiFi and Bluetooth 2.1. The MicroSD readers adds up to 64GB of storage, which can be expanded further with cloud-based services. With such a powerful system processor Cotton Candy supports playback at 1080p format and looks like one of the smallest media players on the market.

Norwegian FXI Tech that developed Cotton Candy have bigger plans for its 8cm long Android stick. By equiping the unit with both USB 2.0 and HDMI connectors Cotton Candy can connect to more or less all computers and monitors, the only thing needed is a USB or HDMI port. FXI says it can transform a regular HDMI monitor to a media-TV or for that matter enjoy Android or Ubuntu Linux in your Mac by connecting it to your USB port.

The Cotton Candy is a USB stick sized compute device allows users a single, secure point of access to all personal cloud services and apps through their favorite operating system, while delivering a consistent experience on any screen.  The device will serve as a companion to smartphones, tablets, and notebook PC and Macs, as well add smart capabilities to existing displays, TVs, set top boxes and other media that supports USB mass storage.

Cotton Candy will not be in retail until the end of next year and then cost around 200€.