Memory maker Corsair isn’t just working with controller maker SandForce, it has other partners in its SSD assortment and one of these are Marvell. At CES Corsair has shown its new Performance 3 series sporting a new SATA 6.0 Gbps controller from Marvell reaching 480 MB/s.

Corsair P3 series uses the Marvells 9174 SSD controller with 128 MB cache and SATA 6.0 Gbps it opens doors for really impressive performance. Marvell’s SSD controller is as usual sensitive to the number of memory channels available and performance thus varies with the capacity, where the top model Corsair P3-256 can do 480 MB/s during read and 320 MB/s during write of data.

The new units support TRIM and in the 2.5″ format be good for 1.5 million hours MTBF. Even if the impressive specifications can’t quite reach the SandForce SF-2000 series there is one big advantage, Corsair P3 series is expected to start shipping in late January, while Sandforce SF-2000 is slated for Q2 2011.

Interestingly Marvell’s new controller and Corsair P3 series will sport its own cleaning technology that unlike TRIM also works in RAID.

Unfortunately we have no pricing for the Corsairs P3 series, but we will return when we do. 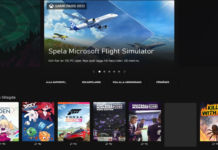