Chromebook sales: 15% of all sold notebooks Elgiganten are Chromebooks

Google launched the first Chromebook models in Sweden about a month ago. Samsung and Acer started the introduction of Google’s budget computers and according to electronics chain Elgiganten the units are flying off the shelves.

According to ComputerSweden Chromebooks make up 15 percent of the total sales of notebooks at Elgiganten. An impressive number for such a new concept, where there are only a few models to choose from. Market shares are spread equally across the brick stores and the online sales.

Google launched the Chromebook concept as a way of selling affordable computers with a wed-based operating system, Chrome OS, and relatively cheap components at prices between 2,300 to 3,500 SEK.

According to Elgiganten, who marketed the new laptops together with Samsung, it is mainly the low prices that appeal. Despite that it is the thinner and more expensive version, Chromebook 11.6″, from Samsung that is selling the most.

– The price makes it attractive and we see no drop in demand, Mark Hammarberg tells ComputerSweden.

The prices of this model is 2,990 SEK and besides a 11.6″ screen the computer comes with a dual-core Exynos 5250 processor at 1.7 GHz, 2 GB RAM and 16 GB permanent storage. In other words pretty similar to those of Samsung’s smartphone Galaxy S 4. Although the phone has a quad-core model, but just as much memory and storage capacity. 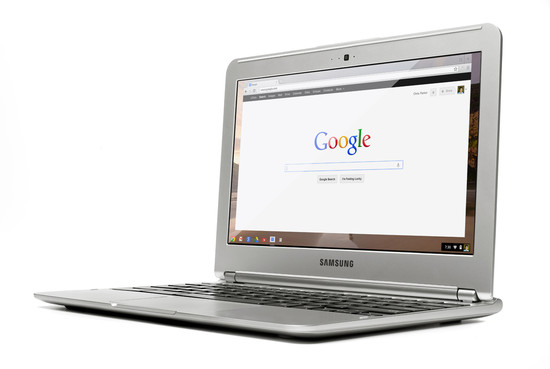 The similarities with an Android phone are one of the sales pitches for these computers and it creates an aura of comfort that makes it easy for the users to adapt. Even if Chromebooks works with web-based applications they work  just as well without an active internet connection. When so, all data is stored locally and then synchronized with the cloud when the computer goes online again. Both Acer and Samsung are selling models with integrated 3G modems for those who want to be online all the time.

While Acer is developing a new 11.6″ model for the Chromebook segment also Asus is planning another Chromebook launch later this year. The exact components and price range has not been revealed yet. Also Lenovo and HP are expected to give the platform a shot when Google decides to launch its big marketing campaign in the latter half of this year.

Google’s Chromebook computers are often considered ”completing” computers where the biggest problem is the lack of compatibility with traditional Windows software. This is countered with a wide selection of apps for a light and efficient system.