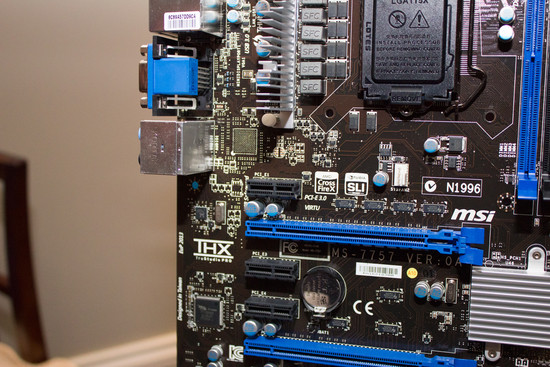 MSI is packing for an eventful second quarter and presented two fresh motherboard prototypes at CES. MSI Z77A-GD65 and Z77A-GD80 were hidden in a hotel rum in Las Vegas and the latter will beside supporting Ivy Bridge bring Thunderbolt to desktops.

The new 7 series chipsets will include several models, but the performance oriented enthusiast model Z77 is expected to be the most interesting for our readers. With its support for CPU overclocking and integrated graphics in the new processor architecture the Z77 chipset will replace the popular Z68 chipset for the Sandy Bridge platform. 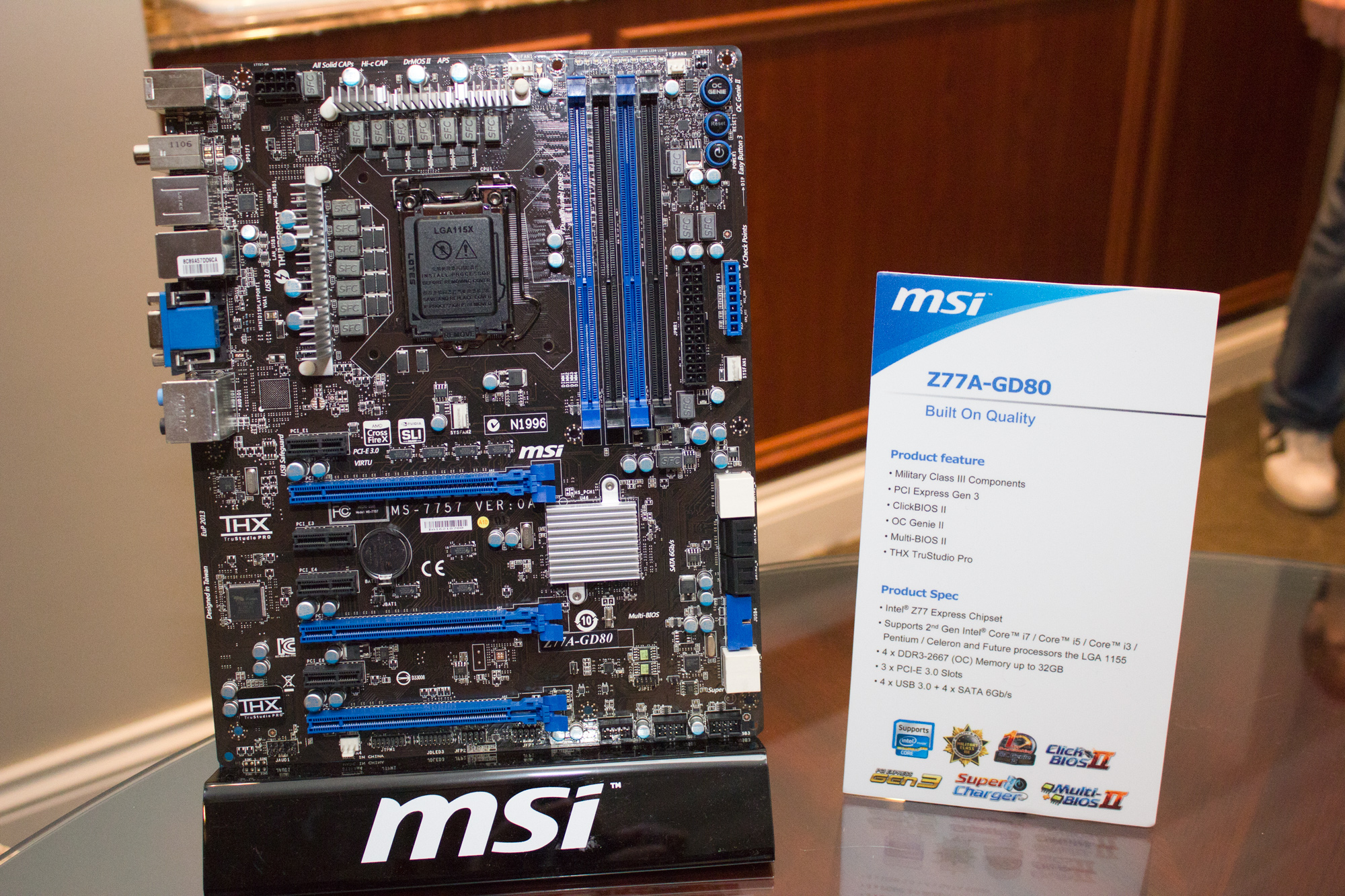 With the same Intel LGA1155 socket as current platforms the work is not fully as complicated for motherboard manufacturers and MSI is pretty much done with the foundation for its new boards. During our short intervention, MSI had managed to pack most of the hardware during the Friday, and we could conclude that the boards follow MSI’s usual pattern .

The function that has to be considered the biggest news is the support for USB 3.0 directly in the chipset. MSI completes with its own functions like more powerful power circuitry, on-board buttons for overclocking and measuring spots for voltages. The top model Z77A-GD80 also makes room for the high speed connection Thunderbolt. The board in Las Vegas lacked the physical circuit and the Thunderbolt port, but this is something MSI will remedy before launch that is slated for Q2 2012. 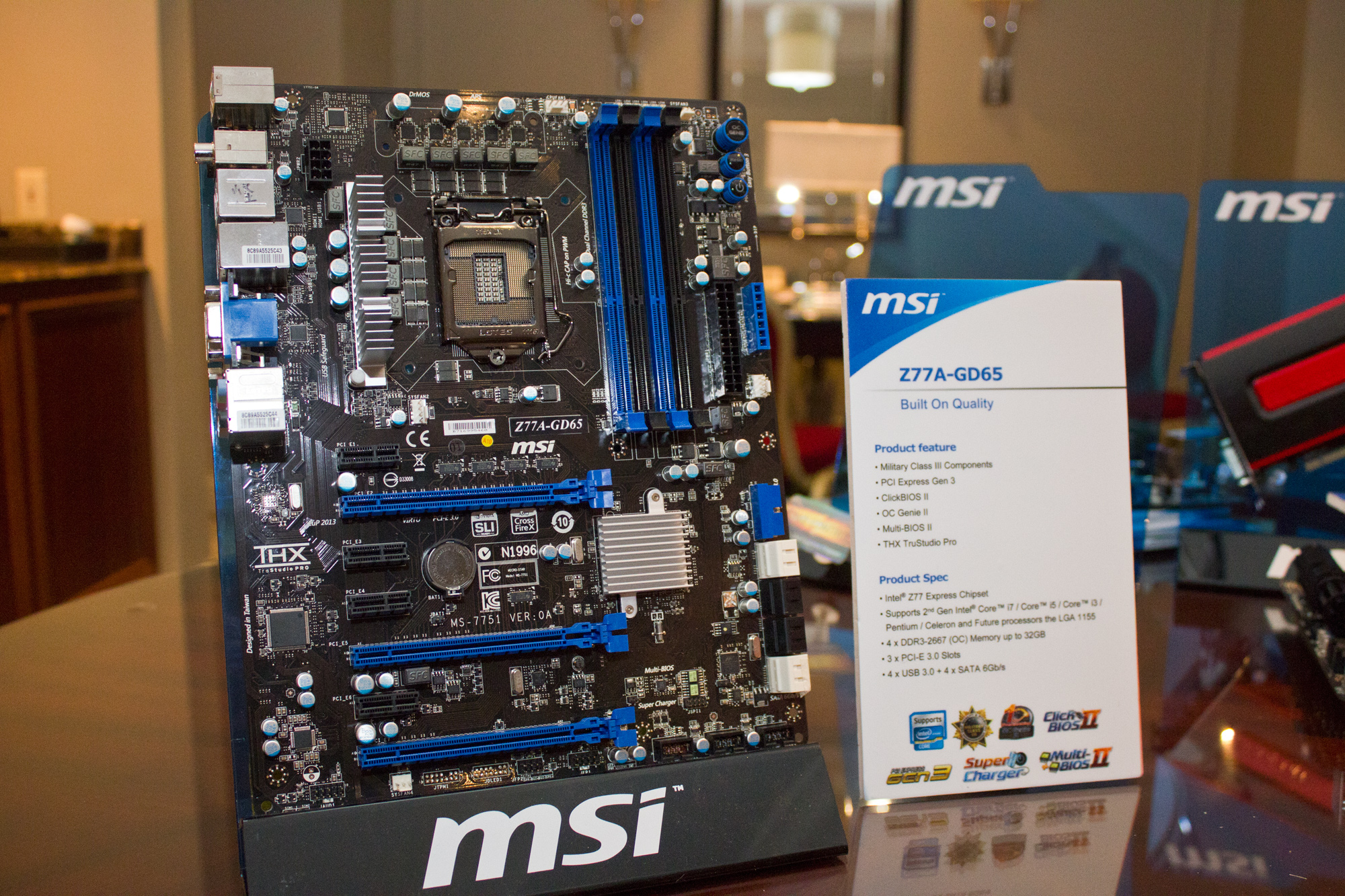 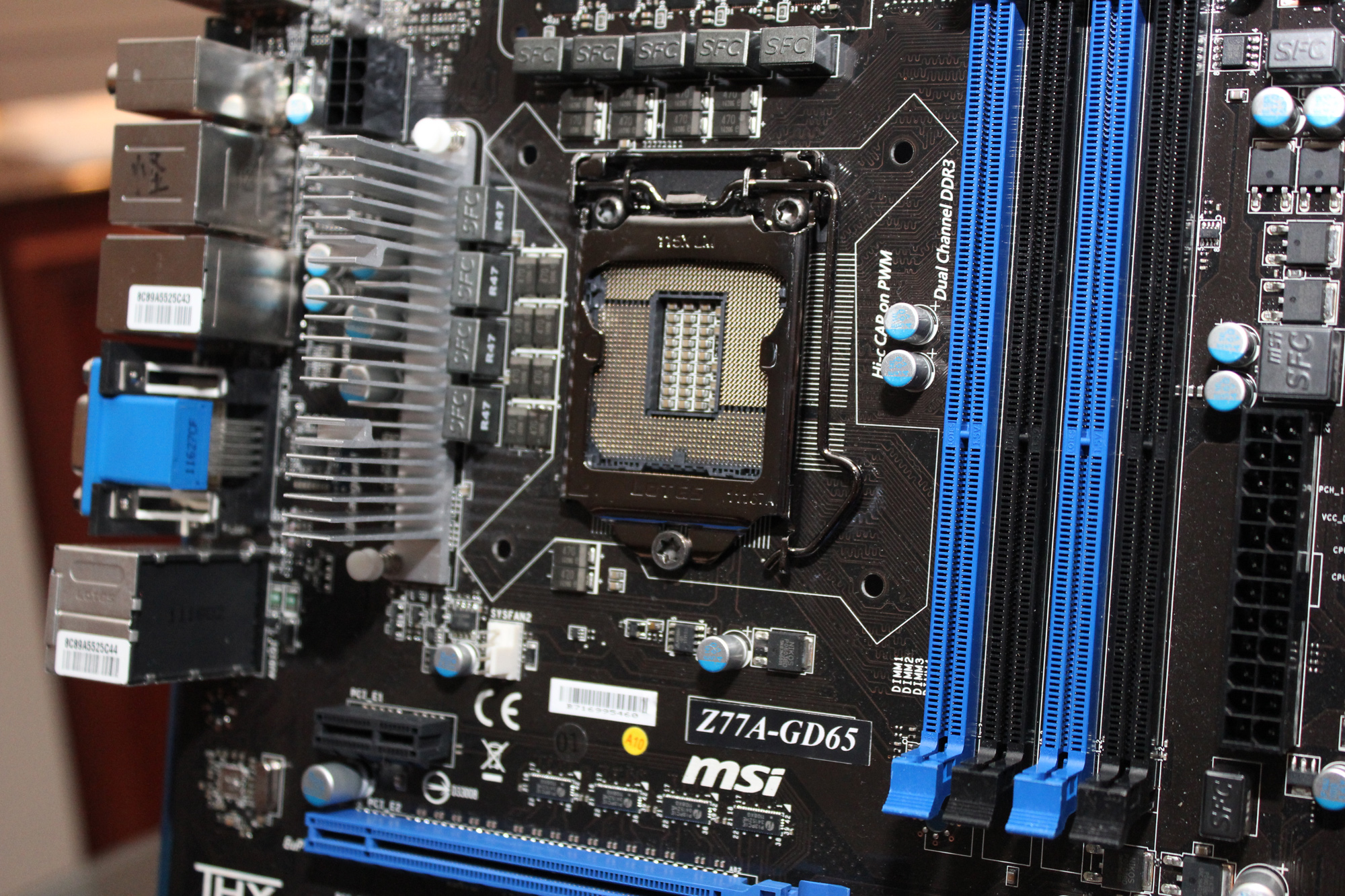