Case modder Will Urbina has completed his latest project, dubbed Black Dwarf. It’s a network attached storage solution with eight 2TB harddrives for a total capacity of 16TB. The most interesting bit is still the building of this unique storage case that took more than 100 hours to complete and the end result is truly impressive.

The components include a minimal ECX motherboard with an integrated N270 CPU that together with an eight-port HighPoint Rocket RAID 2680 controller card power the 10 storage units found in the system. On top of the eight 2TB WD harddrives there is also one 320GB harddrive for the operating system and one 30GB Vertex SSD for cache. 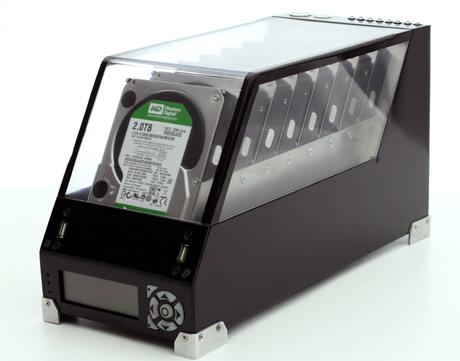 The end result is a slim case that in RAID 5 offers a total and efficient capacity of 12.7 TB and reach data speeds up to 266 MB/s during read and 88 MB/s during write scenarios. 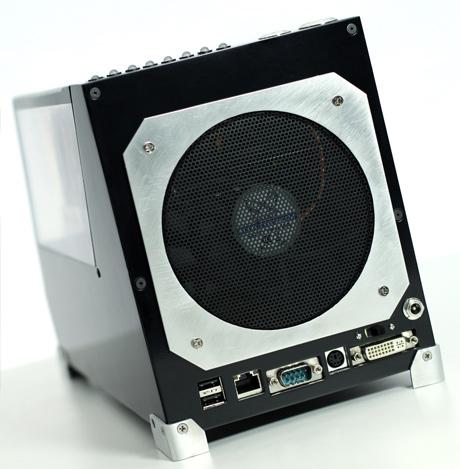 Below is a time-laps video of the 100 hours of building, compressed to 6 minutes. It also shows his work with audio and video, which was one of the main reasons for building this unit.

More on Black Dwarf at willudesign.com.