Intel will launch a new processor platform when architecture Sandy Bridge is presented early next year and to motherboard manufacturers this means a new and fersh market to make money from. Biostar continues to show its first motherboards with the Intel P67/H67 chipset, now in retail suits.

The motherboards Biostar showed at Computex were prototypes that has now been tuned and the base design is more or less complete. This has been revealed by fresh pictures of Biostar TSeries TP67XE and Biostar TSeries TH67XE. 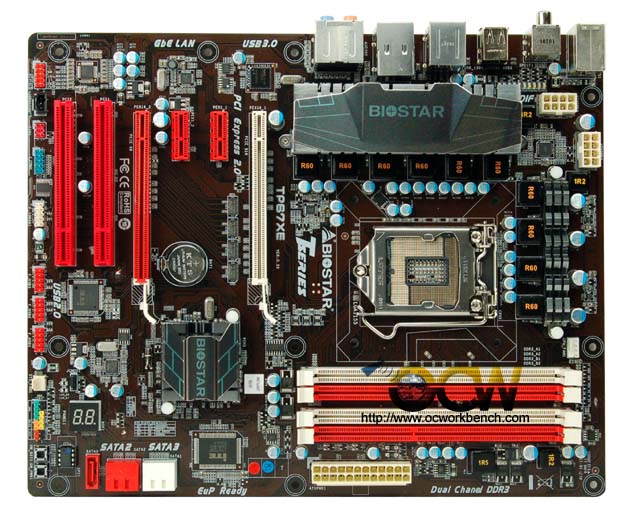 The former is based on Intel P67 and uses the regular ATX format. Biostar TSeries TP67XE brings support for both SLI and Crossfire with two PCIe x16 slots, but we also find nice features like USB 3.0, SATA 6.0 Gbps, eSATA, Firewire and 8 channel audio. The power supply has 9 phases to help supply the processor with a steady flow of electrons.

Biostar TSeries TH67XE is a micro-ATX motherboard with Intel’s H67 chipset, where we find support for the integrated graphics circuits of Intel’s new processors. This means that besude two PCIe x16 slots (x16/x4) there are video outputs directly on the board. Inlcuding HDMI, DVI, D-Sub and even DisplayPort. The phases are divided into 6+1 to handle the processor and its integrated graphics circuit. 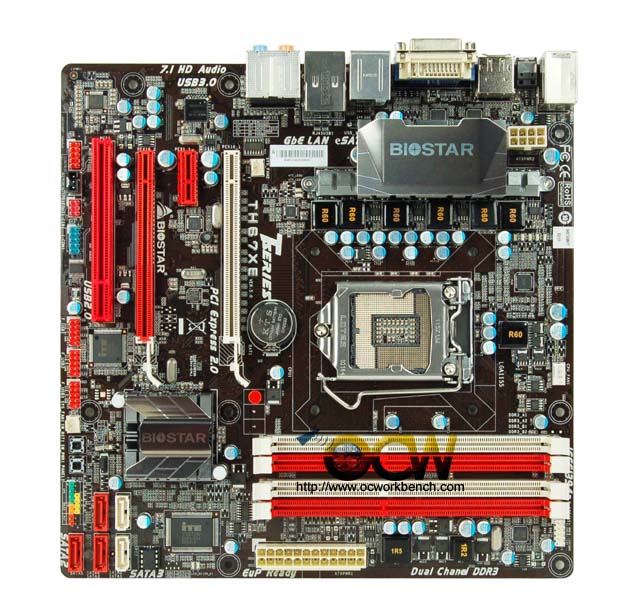 The motherboard will start selling in December according to OCWorkbench, which could mean that we will see LGA 1155 systems on the market before Intel makes the big unveilment next year.