Like most motherboard makers Biostar is showing its goods at Computex 2010. Even if the event hasn’t quite started yet, pictures and information on the company’s Intel P67 and H67 motherboards have surfaced online.

Biostar Tseries TP67XE and TH67X are some of the first motherboards we have seen with Intel’s coming chipsets. The Intel P67 and H67 chipsets are expected to launch in Q1 2011 together with the microprocessor architecture Sandy Bridge.

The micro-ATX model Biostar Tseries TH67X comes with a variety of video outputs in the form of DisplayPort, HDMI and DVI. The full scale model Tseries TP67XE ships without this functionality but has been enriched with 8 phases of power to satisfy the more demanding users. 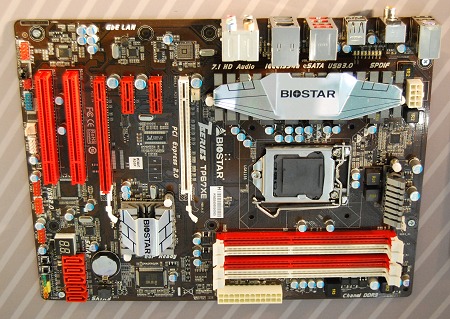