Benchmarks and pictures of Gigabyte GTX 590

Moved launch dates usually brings some problems and GeForce GTX 590 is no exception. Several online retailers have already posted product information on NVIDIA’s new flagship and Chinese Taobao.com was the most eager by releasing both product images and benchmarks for Gigabyte GV-N590D5-3GD-B.

Gigabyte is going all in with NVIDIA’s new monster card and beside that it has designed a special box for the card it will ship its GeForce GTX 590 with the gaming mouse Gigabyte M8000X.

The pictures at the store offers complete specifications, showing a GPU clock at 607 MHz and 3GB GDDR5 memory at 3414 MHz. More interesting is are the benchmarks found among the product images. The tests are done by NVIDIA and should of course be considered with a pinch of salt, but show that GeForce GTX 590 stands up well to competitor AMD Radeon HD 6990. 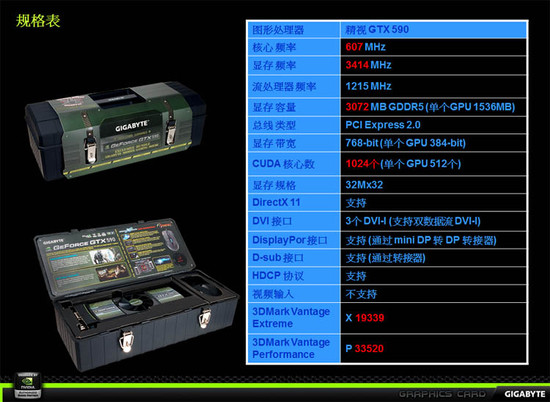 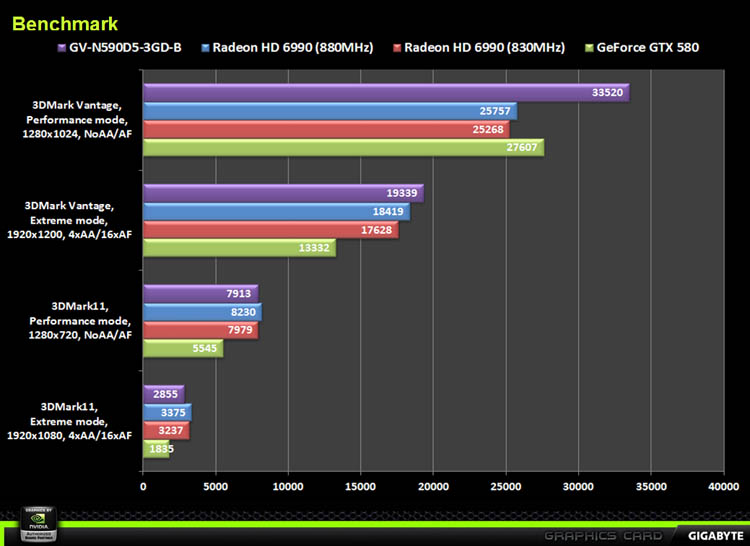 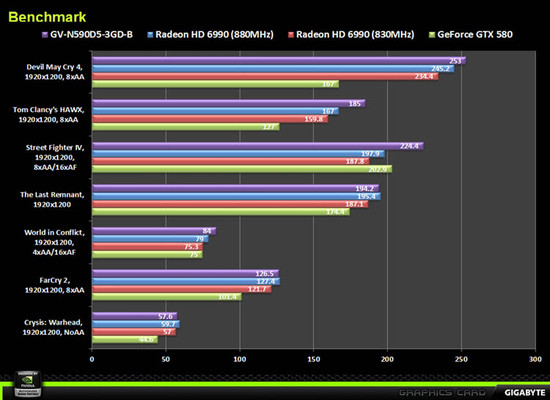 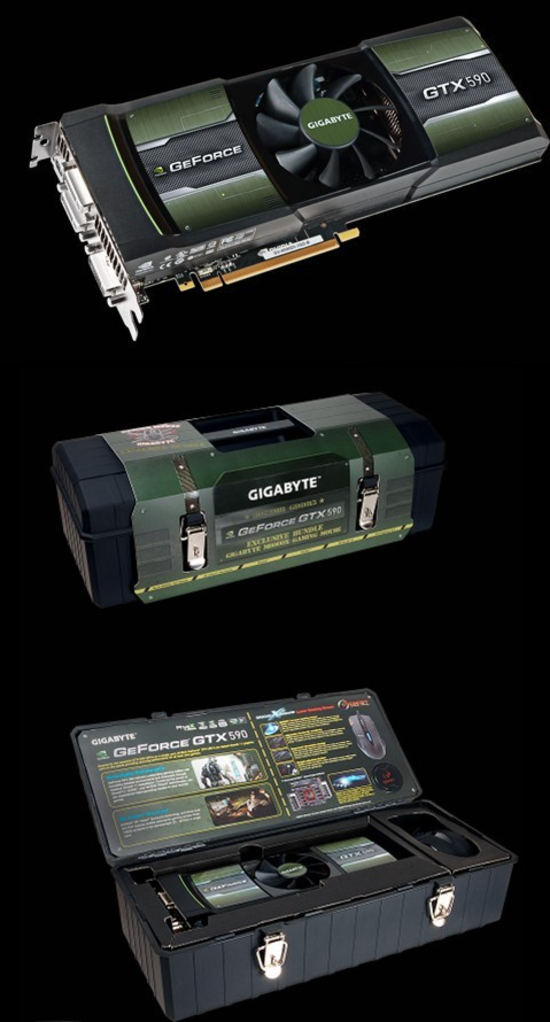