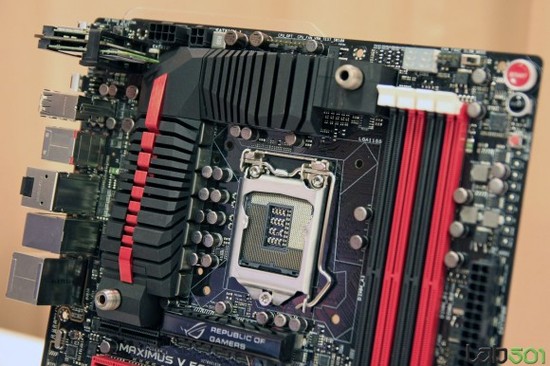 ASUS ROG motherboards will once again use water to keep temperatures down.  When ASUS presented ROG Maximus V Formula with the new Intel Z77 chipset it has a powerful power supply that is cooled by a big water block.

ASUS ROG Maximus V Formula focuses the more advanced cooling with water channels on the power supply with 12 phases. Like previous water cooling solutions from ASUS you can run without water cooling if you want, but those who are going to use the board to its full potential could make use of the better cooling potential that ASUS offers with its new Intel Z77 flagship. The card sport three separate power connectors beside the regular 24-pin ATX connector; one 8-pin EPS and two 4-pin ATX connectors. 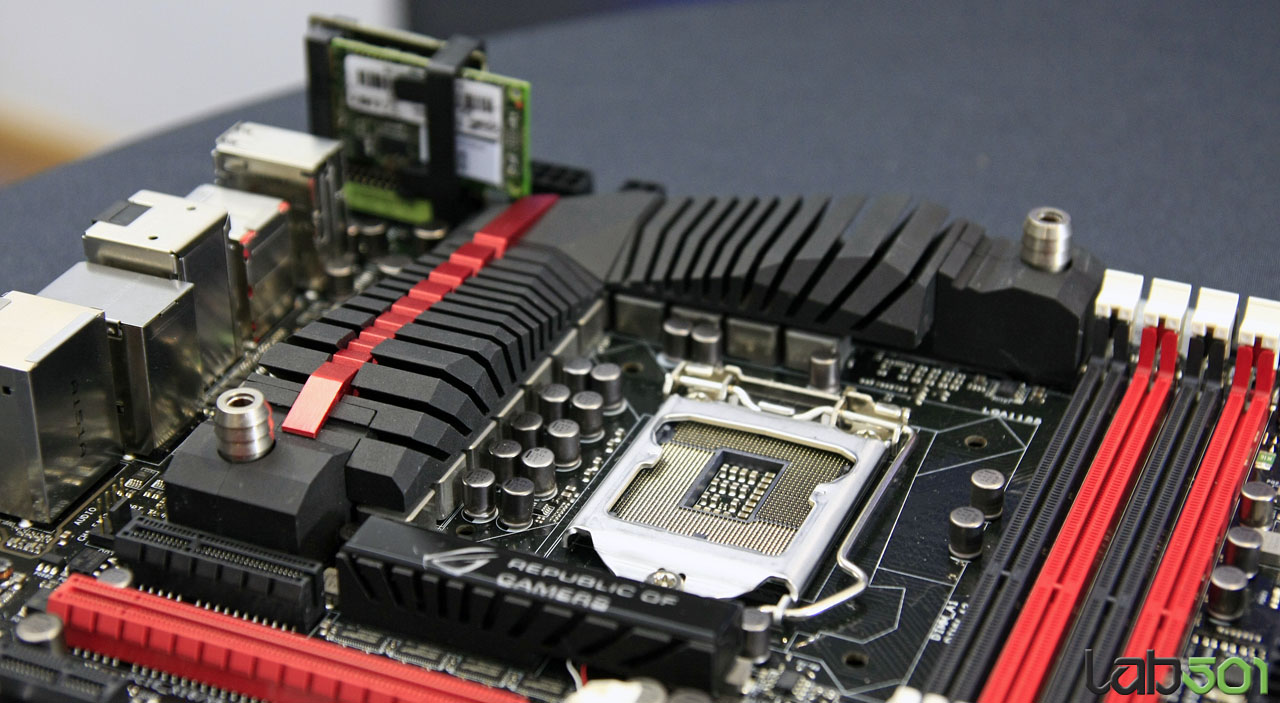 ASUS ROG Maximus V Formula uses the LGA1155 socket and supports the current Sandy Bridge processors but also the next generation Ivy Bridge processors, which will launch in a few months. The board is part of the ASUS Republic of Gamers series, which means it also has a powerful sound processor isolated from the motherboard; ThunderFX sporting high quality DAC and amplifier circuits, where we hope ASUS has borrowed technology from its popular Xonar sound cards. ASUS has also installed a mPCIe circuit board with a dual-channel WiFi module. You can also install a mSSD in the mPCIe-Combo slot. 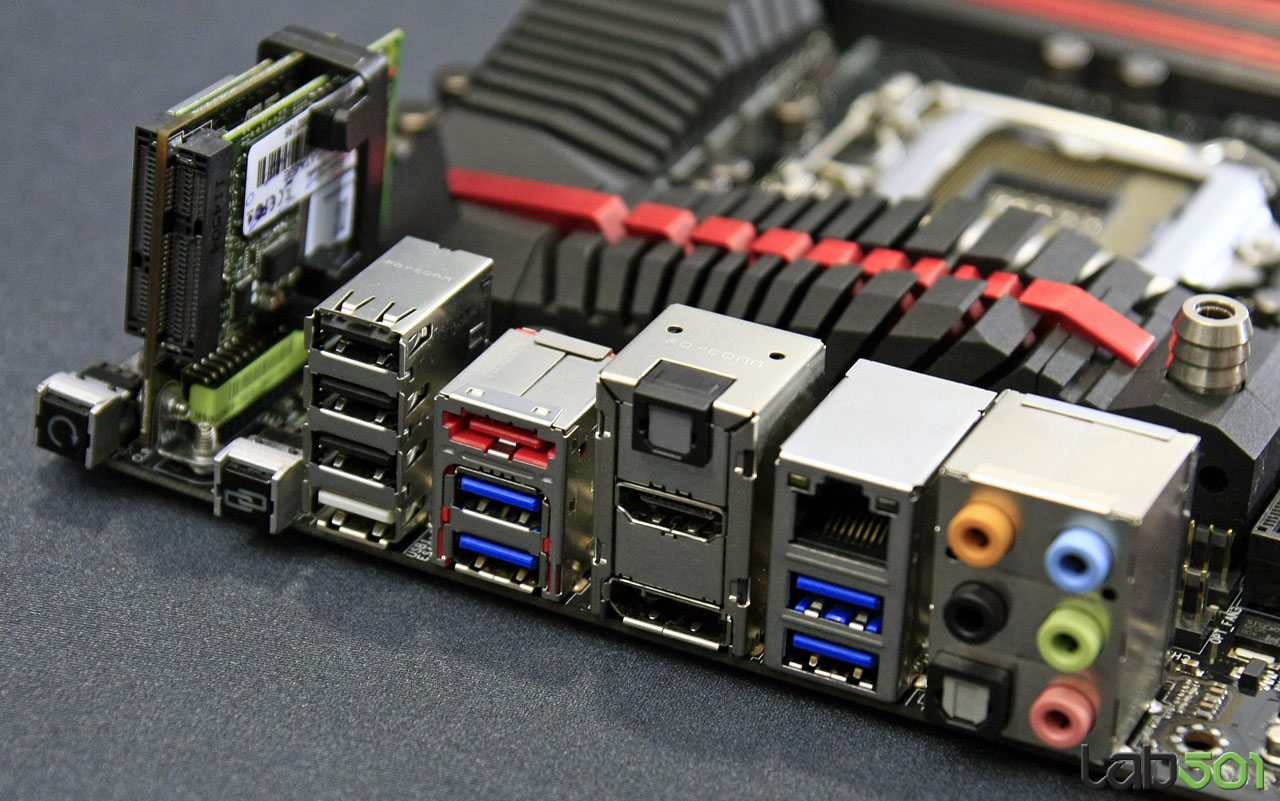 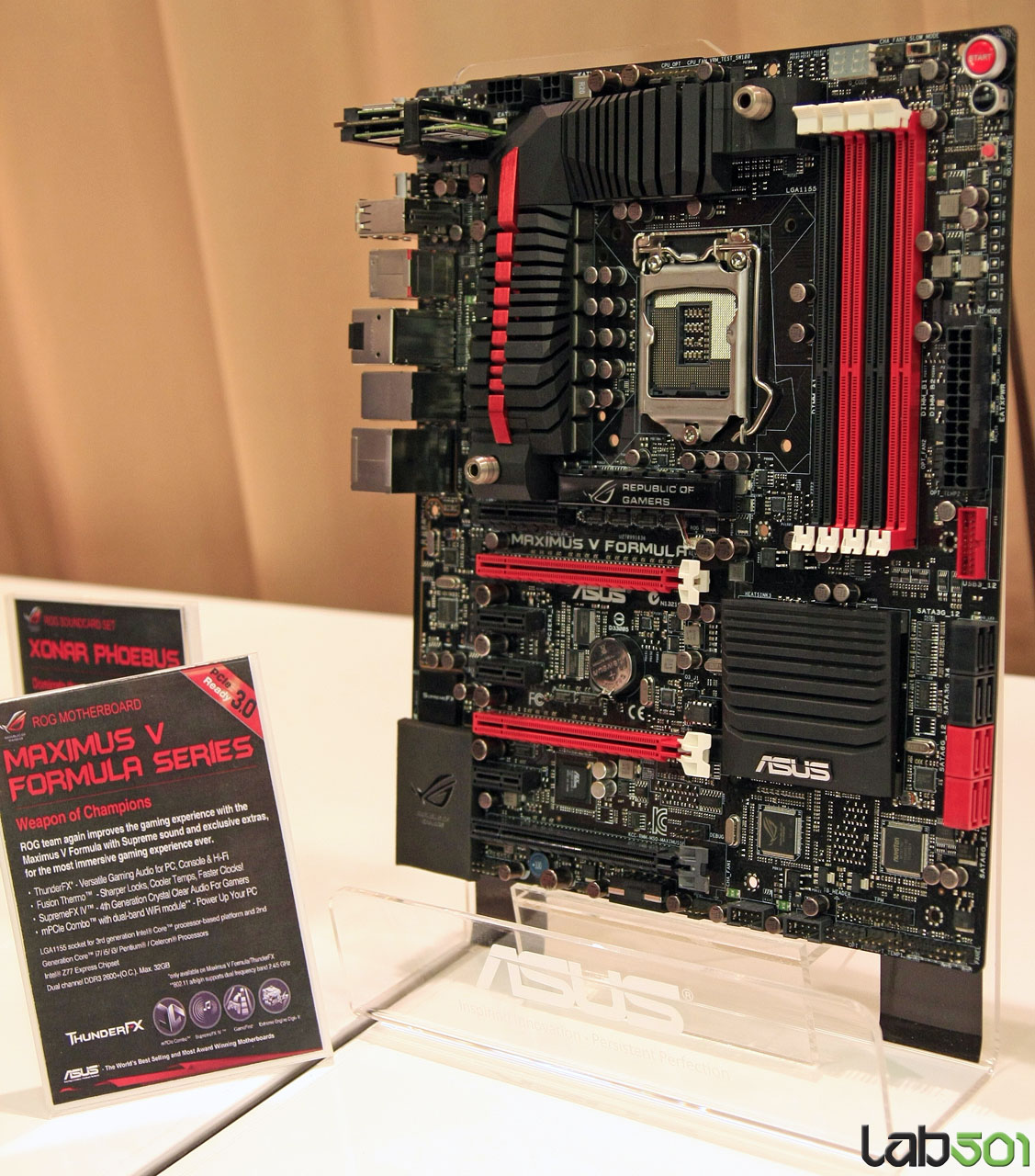 ASUS has also put dedicated buttons for Power/Reboot, overclocking, measuring spots for voltages and USB 3.0 and SATA 6,0 Gbps ports on the board. The launch of Intel Z77 will happen next month, and you can count on more information about ASUS’ new flagship.