ASUS continues to beat the Republic of Gamer drum and now it is time for another card to launch. The cards are called MATRIX GTX 580 and MATRIX GTX 580 Platinum and sport DirectCU II cooling, with custom PCB and 19 power phases.

The new MATRIX cards comes with several of ASUS’ own technologies and software. ASUS says that the card offers 15% overclocking, while keeping 35 degrees cooler than the reference design with a lifespan 2.5 times longer. This is thanks to the custom design power circuitry and DirectCU II cooling. 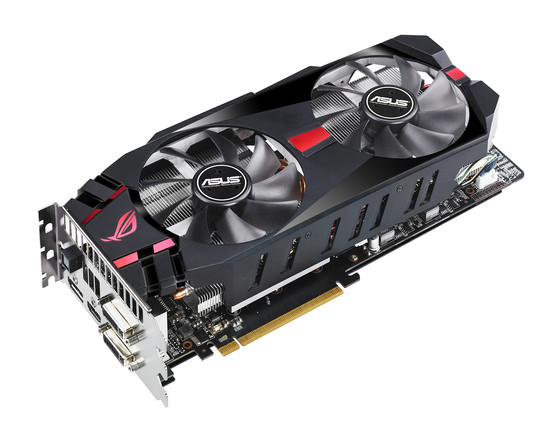 Besides the cooler and the custom PCB with functions like TweakIt and ProbeIt for more serious overclockers, there is a LED that change color depending on the load, something we could do without. We will see two versions of the card, physically they are identically but MATRIX GTX 580 Platinum comes with a clock frequency of 816 MHz, while MATRIX GTX 580 has to settle for 782 MHz that use the reference design. Both comes with 1.5 GB GDDR5 memory clocked at 4.800 MHz.