Component giant Asus is about to enter the storage sector with the PCI Express-based storage solution Raidr. The complete specifications reveal transfer speeds above 800 MB per second and a large focus on ease of use.

Asus ROG Raidr, as the name implies, builds on a RAID-based storage solution for enthusiasts and gamers. The storage unit will be part of the Republic of Gamers family and uses the fast PCI Express interface to maximize the performance potential. 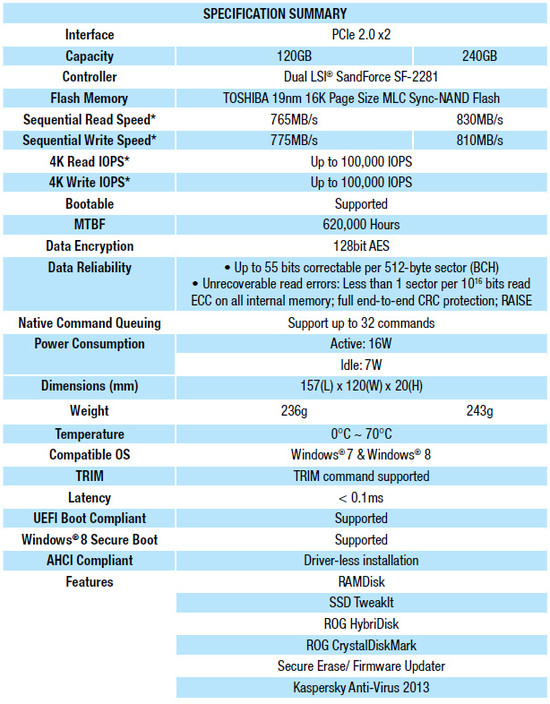 Asus has chosen to use two Sandforce SF-2281 controllers connected through a dedicated RAID controller from Marvell. At Raid 0, Asus promises good performance over the PCIe 2.0 x2  interface with up to 820 MB/s at read and 810 MB/s when writing sequential data. When handling small random files the unit can up to 100,000 IOPS. Worth mentioning is that the unit is bootable without the need for any specific drivers and TRIM works out of the box.

Asus will introduce Raidr in two versions, 120 GB and 240 GB, and there is no doubt that the manufacturer sees the unit as a complement to other storage units. Asus has developed its own software for using system memory as an extra fast RAMDisk, but also applications for ”merging” Raidr with traditional harddrives as a form of hybrid solution. 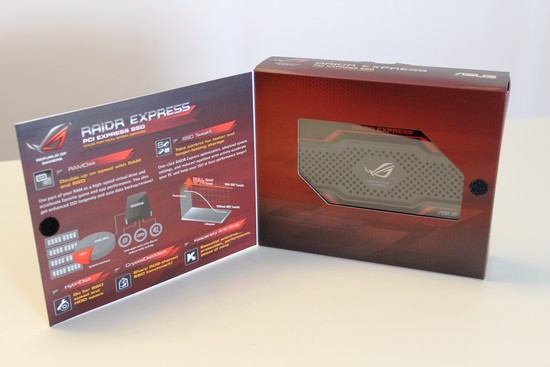 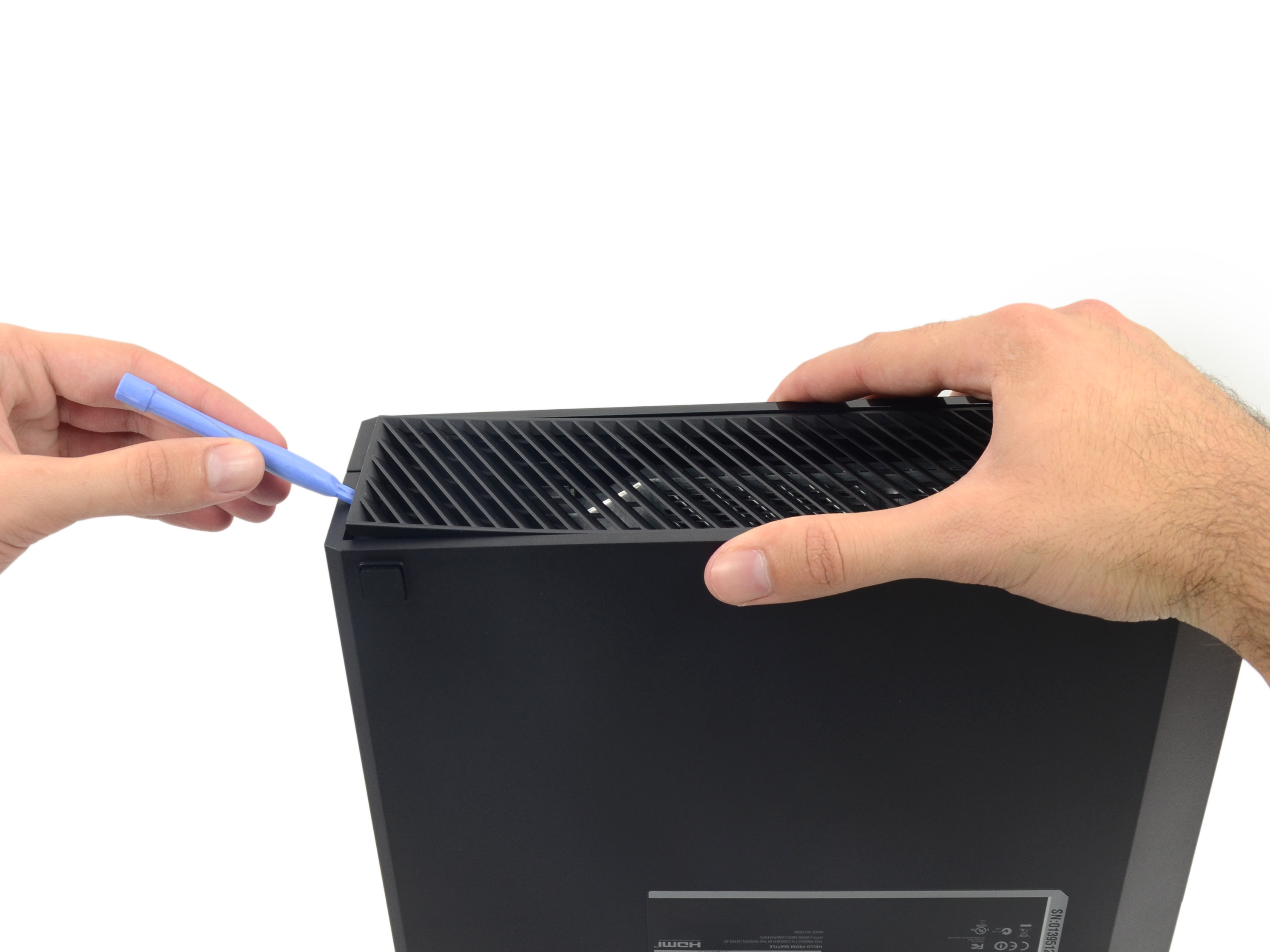 Asus ROG RAMDisk is an application that according to the manufacturer will enable users to dedicate a portion of the system memory as storage cache. Asus has presented numbers from Crystaldiskmark that shows over 10,000 MB/s when writing sequential data. In other words 10-12 faster than the actual SSD. Exactly how much you will gain in real-life use from this is hard to say and is highly dependent on how much memory you choose to dedicate to the cache partionen.

Asus ROG Hybriddisk is used to connect Raidr to a regular mechanical drive and works in many ways similar to the hybrid solutions that Intel and OCZ have presented in the past.

Asus also bundles Kaspersky Anti-virus, an Asus-branded version of Crystaldiskmark and ROG SSD Tweakit that is used to optimize SSD performance in Windows.

Asus ROG Raidr will launch in the middle of May and the top model will cost somewhere in the region of 389 dollar.