ASUS M5A99X Evo looks to become one of the many motherboards that will use AMD’s new 990X chipset. AMD will during the summer roll out the new AMD FX series based on the Bulldozer architecture. With these processors comes the new 990X chipset and Socket AM3+, where we also get CrossFireX and SLI.

ASUS will ship a bundle of motherboards for the AMD FX series, but this is the first time we see a high resolution photo of a board from the new series, and beside the northbridge AMD 990X we also find the new SB950 southbridge.

The motherboard is not one ASUS’ high-end models, but as an Evo model it does have some decent features.

AMD 990X brings support for AMD FX and together with more efficient power saving technology and through 6+2 phase Digi+ VRM power circuitry ASUS makes sure there is sufficient power. ASUS has also included TPU and EPU technologies for overclocking and saving power. The motherboard comes with three PCI Express x16 slots and as previously announced there will not only be AMD CrossFireX but also NVIDIA SLI. Something we haven’t seen before with AMD-based motherboards, but will become reality with the AM3+ platform. 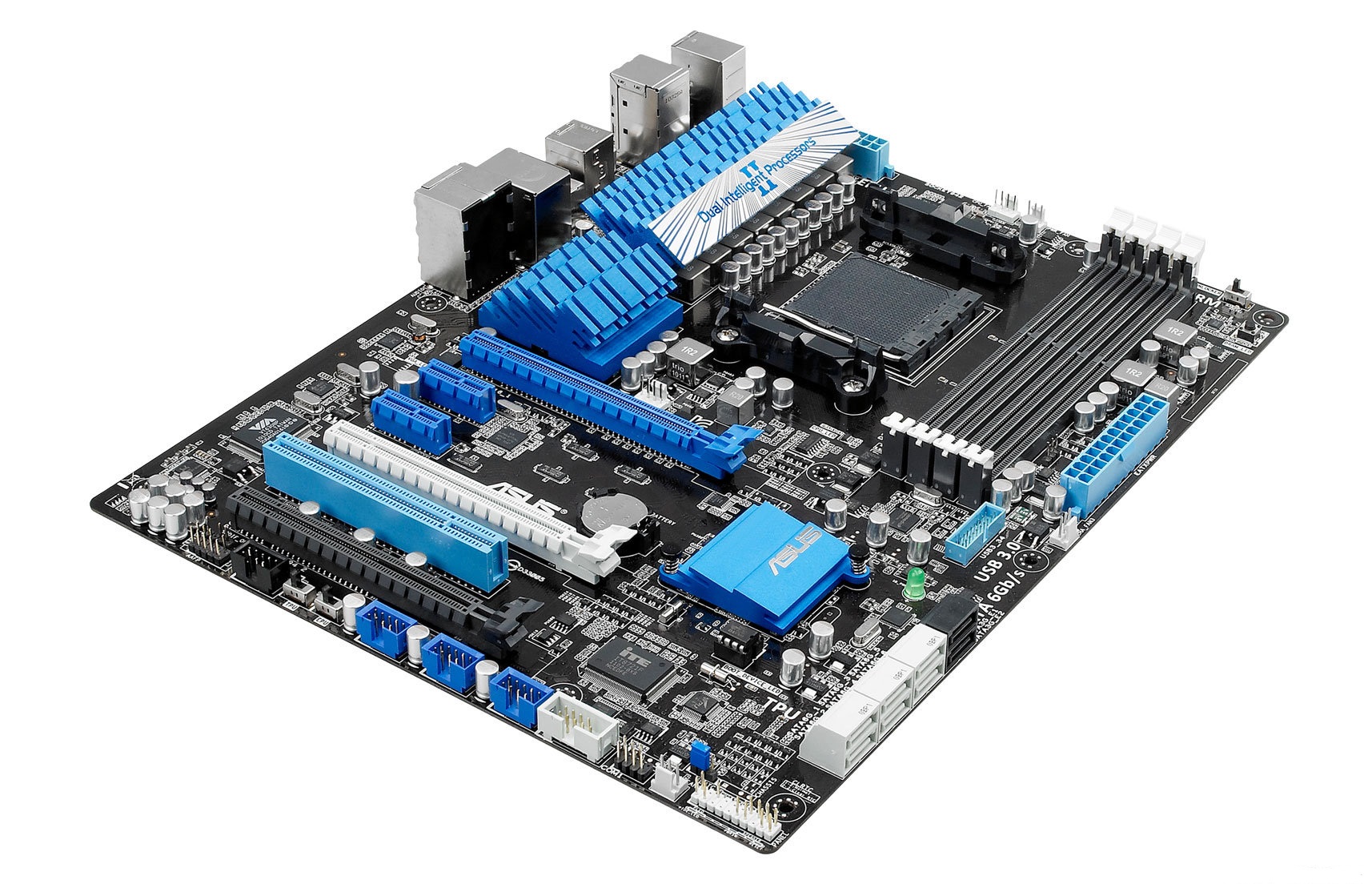 When and the price is unknown.