Nvidia’s launch of GeForce GTX 465 is getting closer and it comes as no surprise that the first official branded card appears. ASUS ENGTX465/2DI/1GD5 is the first card that has had complete specifications leaked, along with pictures of box and card [source removed]. The pictures looks like they come from ASUS’ own product website and reveal further details on the new Fermi-based card.

ASUS ENGTX465/2DI/1GD5 looks to follow Nvidia’s reference design with a GTX470-like cooler with a simple ASUS’ sticker to make it different from the rest.

The specifications are pretty much the same as the ones running in the rumor mill, with 607MHz GPU clock frequency and CUDA processors clocked at 1215 MHz. The 1GB GDDR5 memory buffer use 256-bit memory bus and operate at 3206 MHz. 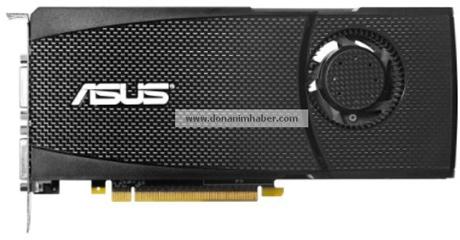 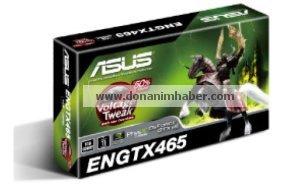 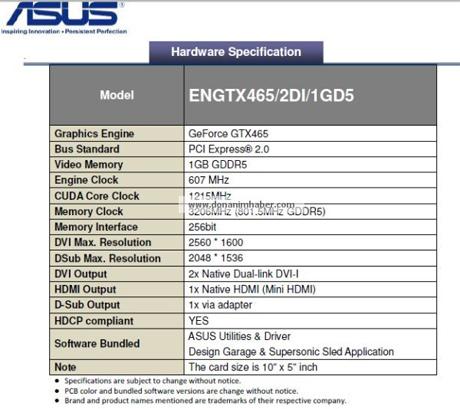