ASUS Crosshair V Formula is the latest victim in a stream of information leaks for AMD’s coming Socket AM3+ platform. ASUS’ top model will be paired with Bulldozer-based AMD FX processors and beside an AMD 990FX chipset the motherboard has a bunch of features as a member of Republic of Gamers (ROG).

Crosshair V Formula can show off the regular selection of functionality from the AMD 990FX chipset and its bundled SB950 southbridge. Including SATA 6.0 Gbps ports (seven in total), four DDR3 slots, integrated Gigabit Ethernet and other goodies. ASUS has built in its own functionality and here we find plenty to investigate. 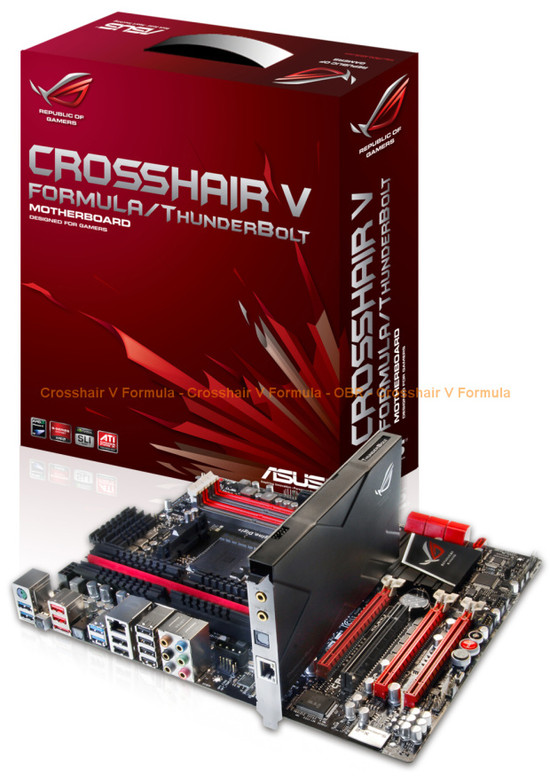 Crosshair V Formula has the typical ROG dedicated buttons for start, reboot, Clear CMOS and ROG Connect on board. The card has a characteristic circuit cooling with heatpipes and no fans.

ASUS Crosshair V Formula is expected to launch in June and in two varieties. One with the discrete sound and network card Thunderbolt, where are offered a powerful Xonar sound processor and Killer NIC network processor. And a model without the expansion card. Prices remains to be unfolded. 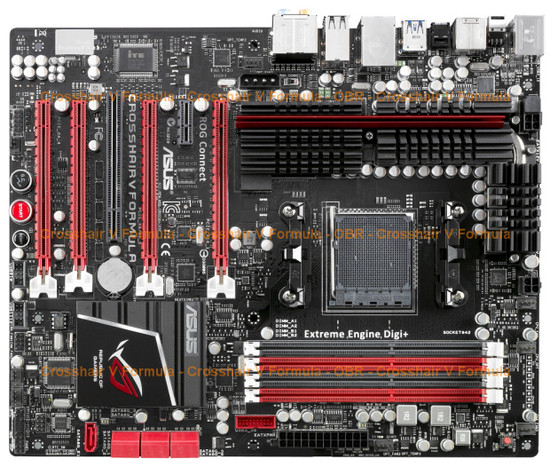 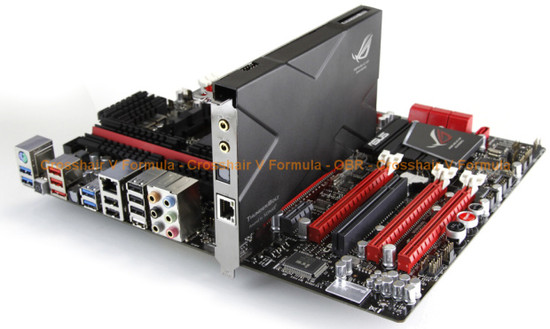 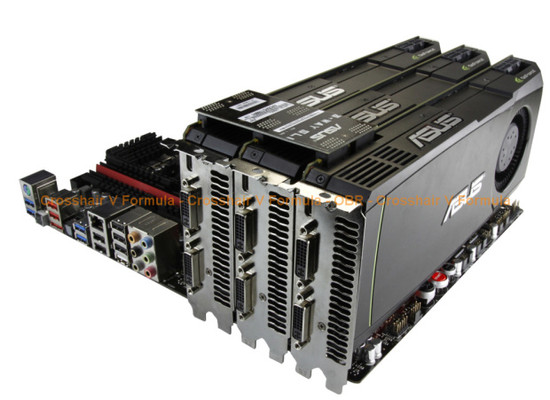