Motherboard maker Asrock has an odd ace up its sleeve before the launch of Intel’s Haswell processors and LGA1150 platform. Asrock plans to water proof motherboards to withstand leaking water cooling, condensation or the odd energy drink spill.

Asrock has not revealed any details surrounding its means of water-proofing motherboards, but has already presented the logo that will display this new feature. The logo implies the technology is some form of coating and the added cost for this is unclear, but most likely enough to make it an exclusive feature for a select group of motherboards. 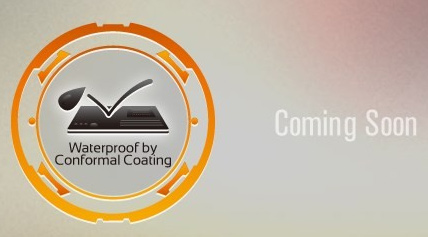 To most users this feature is redundant, but with the increased use of water cooling it might be a good idea to invest in water proof components. It is even more important for overclockers and enthusiasts that use exotic cooling, where condensation can contribute to real problems.

Unfortunately there are still other components that are anything but water proof, for example discrete graphics cards or for that matter power supplies. Asrock does have an interesting feature that if nothing else will work well for marketing to make it stand out, since we haven’t heard of any other manufacturer that will do this.