Not surprisingly ARM-based systems will not be capable of executing x86 applications, says Microsoft. This means that pretty much the entire Windows eco system will be excluded if you run Windows 8 on ARM. Though all apps in Metro will work no matter if you use ARM or x86.

What many may have been expecting since the very beginning is that the ARM version of Windows 8 will not be able to execute x86 code. Microsoft will not do any kind of x86 emulation, since the process would noticeably affect performance and battery time for ARM-based systems, and make the new eco system look bad for the end user.

Microsoft says it has been working hard on drivers for different printers, accessories and peripheral equipment to make them work ”out of the box” with ARM. While the majority of softwares will be incompatible with ARM, hardware will be compatible. 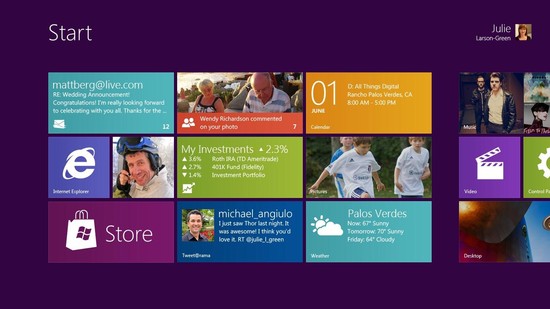 In future it intends to make most applications work with both ARM and x86. When you write an app for Windows 8’s Metro mode the tools are available says Microsoft, to make sure the code runs on either system processor.

ARM has a mountain to climb even if Microsoft has embraced the architecture, and without support from older applications it may be confusing for early adopters. However, we feel that Microsoft has made the right decision to build apps in Metro for both systems.

The focus today when talking Windows 8 and ARM is not desktop but tablets, with the Metro interface. It is a good start so that developers get time to make more compatible software for Windows 8 in the regular desktop environment, before getting ARM into notebooks and small desktops.