Arctic Cooling has now given us further proof of Nvidia’s new mid-range card GeForce GTX 660 Ti being just around the corner. The cooler maker has confirmed that it has four coolers that support the new graphics card that is slated to appear in August.

GeForce GTX 660 Ti is a highly anticipated successor to the very popular GeForce GTX 560 Ti and it looks to become a well performing graphics card with about the same specifications as big brother GeForce GTX 670. The card is relatively cool with 170 watt TDP, but should be interesting to overclockers and users that wants more performance from their hardware than available at stock.

Arctic Cooling is up to date and has now added GeForce GTX 660 Ti to its website and says Nvidia’s new card will be supported by four already launched graphics card coolers; 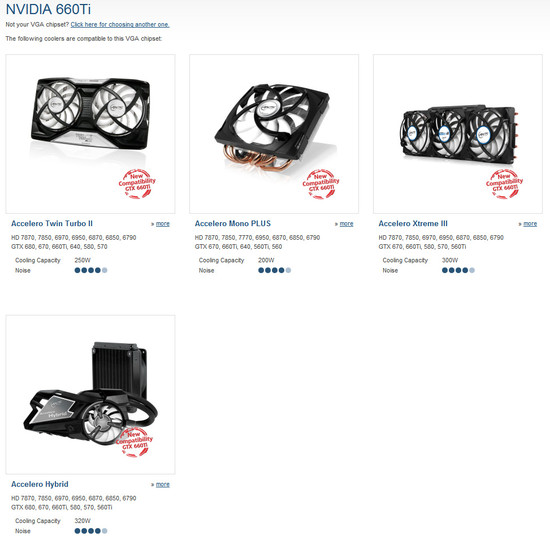 With that said it is highly likely that GeForce GTX 660 Ti will not only get similar specifications as the older sibling GTX 670, but also a closer physical relation that will make coolers interchangable.