IBM PowerPC 970MP is the name of one of the latest PowerPC-processors developed by IBM and its a dual-core version of the 970FX-processor which is used by Apple Power Mac G5 today. When we first reported about this processor by IBM it felt a bit strange that such a  potent processor wouldn’t get the chance of showing what it is truly capable of in Apple’s systems as it has decided to switch to Intel-processors before 2006. Now it seems that PowerPC 970MP will get a chance after all and even with Apple’s series of Macs.


According to Thinksecret the sale of Apple’s Power Mac G5-system with dual processors has been going slow and it is now planning on launching an updated version with the 970MP-processor by IBM. The new Power Mac G5-series will be launched a week before Apple’s Expo. 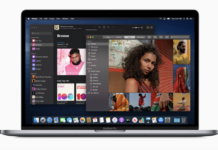