The first generation of Bulldozer has had a rough going so far and it missed out on the ”60-90 days from June” promise. This has evidently affected the successor to Zambezi, Komodo, that would launch with up to 10 core and PCI Express 3.0 integrated, which is now trashed and replaced Vishera.

AM3+ socket has been out over three months, but Bulldozer is yet to be seen. On June 1st it promising a launch in 60-90 days, which is yet to happen and according to the latest rumors it will take until October and last year it spoke of a launch in the first half of 2011. 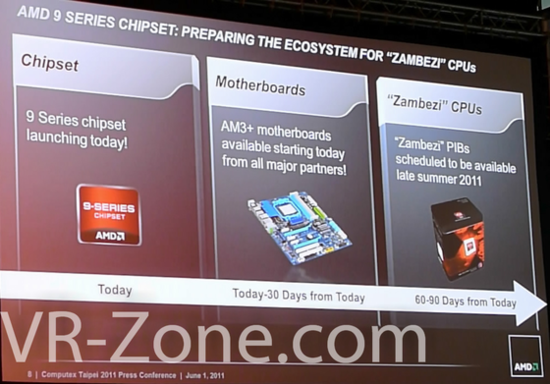 A launch by the end of August did not happen

This has affected the successor Komodo and the platform Corona that is scrapped. Komodo would deliver up to 10 Piledriver cores that is the next generation Bulldozer core, also PCI Express 3.0 would be integrted and the processorn would use the new FM2 socket. The server version that would sport 10 cores would also sport a triple-channel memory controller, which could have been reflected in Komodo. Komodo would have used the same FM2 socket as the Llano successor Trinity.

The Zambezi successor has now been refurnished. Instead we will get a platform called ”Volan”, somthat some call a ”Scorpius Refresh”. The processor is instead called ”Vishera” sporting 8 Piledriver cores, that will fit in socket AM3+. We also miss the PCI Express 3.0 support, and if the information is correct it means that AMD will not have a platform for 2012 with PCI Express 3.0 support. 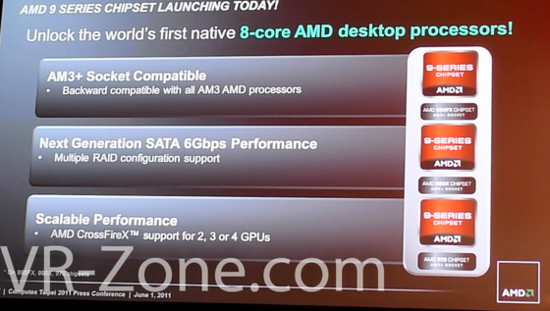 The same platform can be refreshed another time, and ship with Vishera instead of Komodo

Why AMD has done this is not entirely clear, but it is not to be ruled out that there have been technical difficulties. If this affect server processors Terramer and Sepang with 20 and 10 Piledriver cores we don’t know. Also these would use new sockets with new chipsets and based on the same core as Komodo.

The Volan/Scorpius Refresh platform and bundled 8-core processor Vishera is slated for a fall launch in 2012 when AMD has promised a refresh of its entire assortmemt, it’s an annual thing. if the company can deliver on that we really wonder considering how the launch of Bulldozer has been handled.