AMD has been roaming the graphics card market since September 2009 when it launched the first DirectX 11 graphics circuit, Cypress. Fresh numbers show that AMD has now gained enough market shares to surpass NVIDIA, much thanks to the problematic launch of the Fermi architecture.

AMD was working without any competition during the end of 2009 and at the start of 2010 NVIDIA started phasing out its current generation in favor of the coming Fermi, then still in development.

According to Mercury Research, which has dissected the sales over the last year, AMD has now surpassed NVIDIA, where the latter used to have a pretty big lead. In Q2 2010 AMD had 51 percent of the total sales of discrete graphics cards, while NVIDIA was close second with 49 percent. 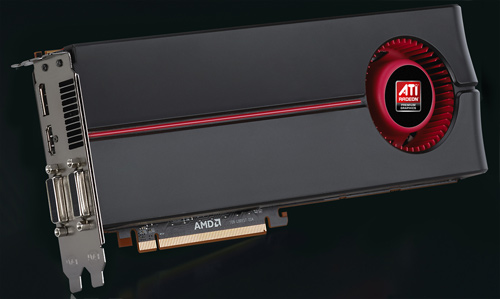 The great question is how much NVIDIA can afford to lose during the remainder of 2010. It has launched the praised GeForce GTX 460 and with dropping prices the card should become a big seller in Q3. This will be followed by new entry-level and mid-range models of the Fermi family in late Summer and Fall.

In Q4 AMD is slated to present the second generation DirectX 11 architecture, which we still know little about, but it will be stirring things up.