AMD recently told the universe that is has shipped over 12 million APUs in 2011 and after the launch of the tri-core AMD A6-3500 we hear more positive news. AMD is planning a revival of the classic series Athlon II and Sempron where it has used circuits from the Llano architecture, but cut the integrated GPU.

The AMD A series and Llano architecture brought a new processor platfomr called Socket FM1. At the moment there is a handful of processor models for Socket FM1 and all APU have an integrated GPU. AMD now reasons that not all customers needs, or wants, an interated GPU and therefore it is planning traditional CPUs for Socket FM1 without integrated graphics.

For obvious reasons it can’t use the Fusion branding and will thus use the Athlon II and Sempron names.

With a K10.5 based CPU architecture Llano is nothing more than an evolution of Athlon II and Sempron on the market today. The biggest update is the new socket FM1, more efficient 32nm manufacturing technology and what looks like bigger L2 cache. Also minor performance optimizations and energy saving functions are included. 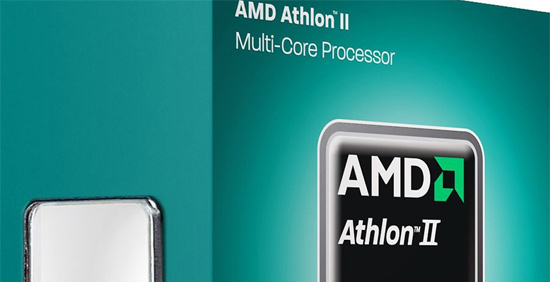 The latter has been confirmed by AMD where it has already specified the first Llano-based Athlon II processor. AMD Athlon II X4 631 operates at 2.6 GHz and these four CPU cores share 1MB L2 cache, which is double up from 512KB in previous Athlon II X4 processors. The node is 32nm and the specified TDP is 100 watt.

What kind of market there is for Llano processors without GPUs remains to be seen, but with a price around 70€ it is around 25€ cheaper than AMD A6-3650 with the same CPU frequency, but also 320 stream processors.