AMD is said to have set the launch date for the new Radeon HD 6900 series. From the foggy statement of a launch in week 50 the date has been set to December 15th and now the first pictures have surfaced, while specifications are starting to leak.

AMD Radeon HD 6970 is the coming flagship and as we have reported in the past it has been the problematic one. The flagship needs to show good performance and supply should be good at launch. When the first specifications leaked there were still questions about the flagship product. 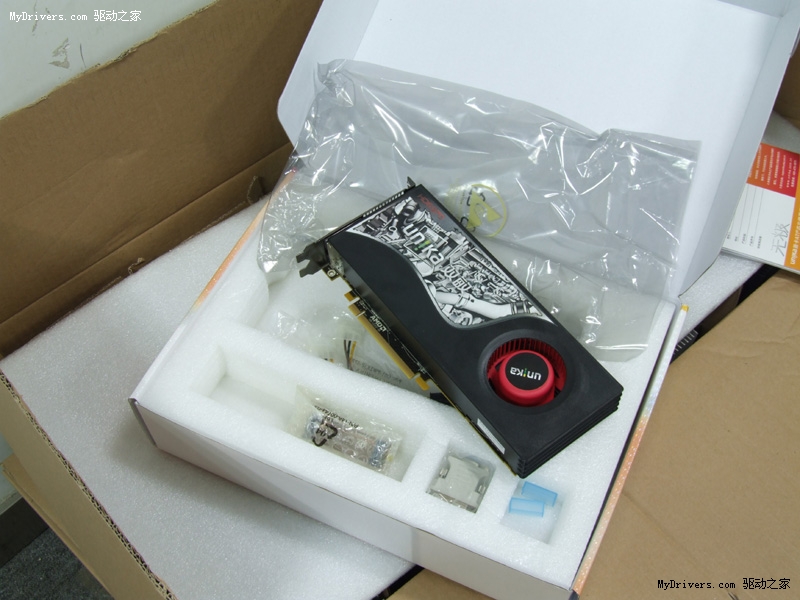 The looks of the card is no secret anymore as the Chinese site Mydrivers has published pictures of Radeon HD 6970 from UNIKA. The cooler is nearly identical to the cooler found on Radeon HD 6800 series and the price is said to be around $450.

AMD Radeon HD 6950 is the little brother that according to our sources was the card that first lived up to AMD’s demands. The first pictures that was published by MyDrivers is what is said to be Radeon HD 6950 is actuall an identical copy of AMD’s press picture of för Radeon HD 6870, beside a new sticker for UNIKA and the name HD6950. The price will be around $310. If this means that the new Cayman circuits are pin-compatible with Barts and use the same circuits board is too early to say, but it sure seems like it. If the picture is authentic. 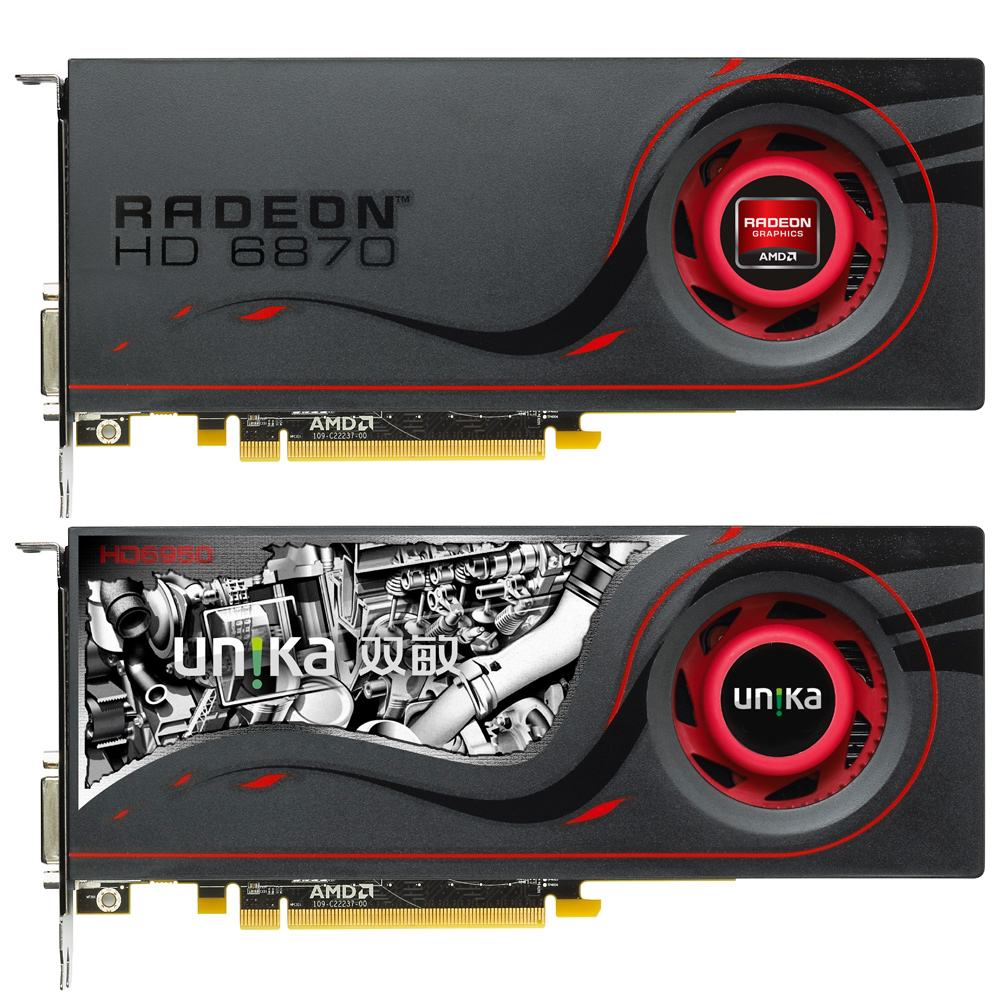 If we look at the specifications we see that AMD raise the bar compared to the mid-range series Radeon HD 6800. With a new shader architecture it hasn’t just introduced a more efficient handling of the stream processors, but also increase the total. The exact number is still unknown – which means AMD is keeping the lid on. At the same time it keeps to the 256-bit bus (NVIDIA uses 384-bit) but uses fast GDDR5 circuits to reach good bandwidth.

The specifications are in no way official and should be considered with a pinch of salt, but are starting to become all the more believeable with more sources posting similar information. In a week we will know for sure.