Nvidia has not even launched the new graphics card series GTX 700 before competitor AMD is said to ”attack” the launch in its own product slides. In what is said to be leaked presentations from AMD the company shows how Radeon HD 7970 GHz will outperform the renamed Geforce GTX 770.

Nvidia is expected to launch the new GTX 700 series in the coming weeks and most interesting are the two top models GTX 770 and GTX 780. As reported before Geforce GTX 780 will use a stripped down version of Nvidia’s GK110 GPU, a circuit that is currently being used in Geforce GTX Titan.

Geforce GTX 770 on the other hand will use the same GK104 GPU that is found in Geforce GTX 680 and according to rumors the only real difference will be an increase in frequencies on GPU and memories. The exact frequencies have not been confirmed, but according to a Reddit user GTX 770 will operate at 1,059 MHz with a boost frequency of 1,125 MHz. The memory will be turned up to 7,008 MHz. The same user has shared a modified BIOS for GTX 680 that will transform your current card to a GTX 770.

It is not a leaked BIOS from Nvidia but a modified GTX 680 BIOS where the product name has been altered and the clock frequencies have been turned up to those Nvidia is expected to use. In other words there is no real difference from just overclocking your GTX 680 card in Windows through software, which is safer though.

SemiAccurate has also shared a photo that is said to be from a product presentation by AMD where the red team attacks Nvidia’s coming GTX 770. Among other, it calls GTX 770 just a renamed GTX 680 and that Radeon HD 7970 GHz is still on average 5 percent faster.

AMD also took the opportunity to boast about the Graphics Core Next architecture of the HD 7000 series that will be used in future video game consoles. At the same time it says its game bundle Never Settle Reloaded is superior to Nvidia’s bundle.

All of this should be considered with a pinch of salt. It is hard to say if the picture is from an actual product presentation or fake, but if the launch of the GTX 700 series will deliver as expected AMD will at least be right in theory. 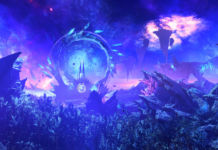 not 100% accurate since its a modified GTX680. So performance will be higher.