Little more than four months have passed since AMD launched Ontario and Zacate, the first circuit with processor and graphics cores on the same silicon, which it calls APU (Accelerated Processing Unit). Besides releasing new models of Zacate, now Ontario will be upgraded in Q3, with Turbo.

So far AMD has been doing well, it has sold millions of APUs, but the supply of these products is still poor. Zacate is AMD’s 18W model that we find integrated into most mini-ITX motherboards and also the majority of notebooks have an upgrade to expect with two new models and Turbo Core in Q3.

Ontario has a new model coming, AMD C-60 with the same specifications as C-50 beside one aspect, which is Turbo Core.

In theory AMD C-60 looks like a big lift with a frequency boost of 33% on the CPU and 44% for the GPU, but the question is how it will work in practice. AMD Turbo Core 2.0 will arrive with Llano and Bulldoze, which will dynamically increase the frequencies without increasing the TDP, which means both Llano and Bulldozer will be using Turbo Core most of the time when in use. 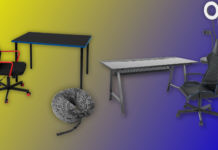