Llano was intended to become AMD’s first CPU of the Fusion family where both processor and grpahics cores are found inside the same silicon. The launch was slated for early 2011, but has now been postponed due to problems with the new 32nm SOI technology.

During a talk with financial analysts AMD VP Dirk Meyer said that the ready products will be arrived in the first half of 2011, but that the launch has been moved up a few months. A decision that certainly hurts with Intel’s current momentum.

Llano, our Fusion APU offering, aimed at the higher end of the client market is also generating positive customer response. However, in reaction to Ontario’s market opportunities and a slower than anticipated progress up to 32 nanometer yield curve, we are switching the timing of the Ontario and Llano production ramps. Llano production shipments are still expected to occur in the first half of next year. 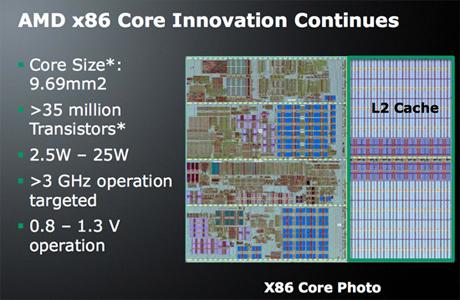 AMD Llano will be a quad-core processor with Phenom II-based cores with an integrated graphics circuit capable of DirectX 11 functions. Each core has 1MB L2 cache (4MB total) and the clock frequencies will be north of 3GHz at the launch. As expected AMD will use core power gating, which means that cores can be turned off when not in use, and increase the clock frequency when there is room for it. 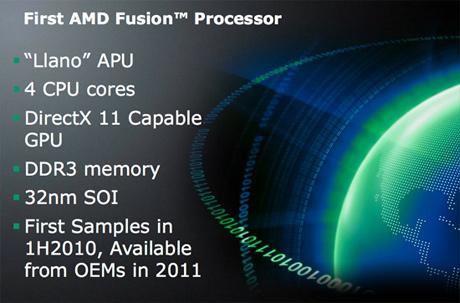