When we reported that the first hexa-core Phenom II X6 processors have surfaced in Taiwan it was just a matter of time before the first benchmarks appeared. Over the last couple of days results have been coming in at a steady pace, two weeks before the official launch. We have sieved and found a pattern.

The benchmarks published at coolaler.com stars both Phenom II X6 T1090 BE and T1055 and performs as expected when compared to their Phenom II cousins with just four cores.

The architecture is the same, but Phenom II X6 has two more cores and AMD’s new Turbo CORE technology. This is enough in many cases and offers significant gains in many multithreaded tests.

Some of the more interesting benchmarks showing the capacity of the processor is Cinebench and the CPU tests of Futuremark’s 3DMark suit.

Above is a short summary of some of the tests that have been published with the flagship Phenom II X6 T1090 BE, compared to results from our own processor tests. We can see that Intel’s Core i7 architecture is still too tough for AMD, but at the same time we see that the two extra cores and Turbo CORE enables the processor to distance itself from AMD’s quad-core Phenom II X4 965 CPU, despite the lower clock frequency. 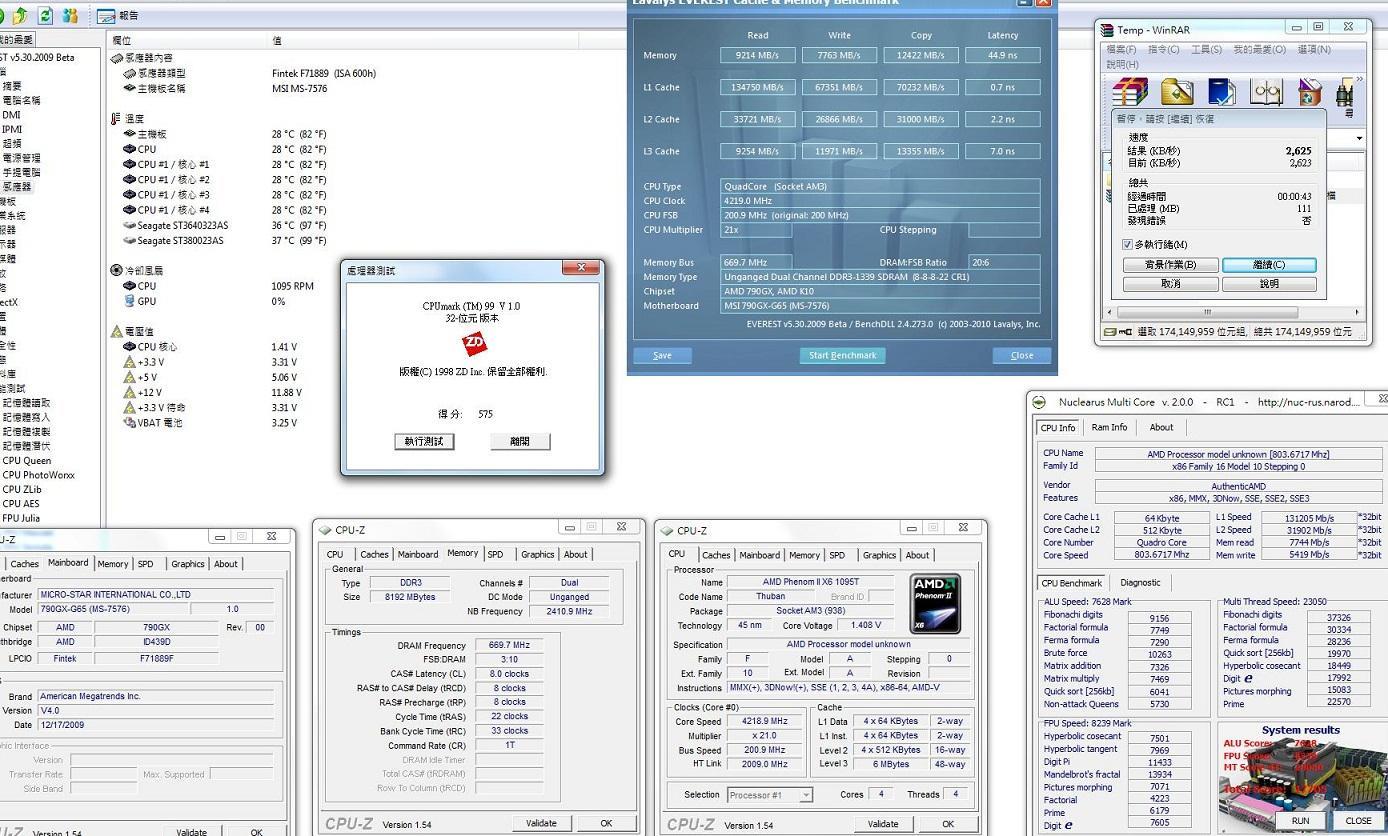 Overclocking is an area where AMD has really redeemed itself and the relatively low TDP of the new hexa-cores does not disappoint here. On air Phenom II X6 1090T hits a stable clock frequency of 4.20GHz with 1.4V, which is better than what most quad-core Phenom II processors can do.

Phenom II X6 T1055 has been pushed from 2.8GHz to a stable clock frequency of 3.85GHz, which is promising for the entry level processor of the family.

Before we do our own tests of the Phenom II X6 series we don’t dare to draw any conclusions, but from the looks of it AMD has done exactly what we had hoped. It has given two extra cores, improved performance in single-threaded environments and tweaked the 45 nanometer technology further.