There have been reports that AMD is about to ditch x86 and stop competing with Intel. This is all wrong and has been blown out of proportion from a very short statement made by an AMD spokesperson.

It has been speculated for long that AMD has acquired, or intends to acquire licenses for ARM architectures to start making ARM-based system processors. Whether this is true or not is impossible to say today since AMD has not made any real statement, and what we’ve heard so far is nothing but specualtions.

An article by MercuryNews got a lot of attention from other media recently, as many interpreted that AMD was leaving the x86 market and stop competing with archrival Intel. This is wrong and based on based on an analysis by the author of this article, and a very short quote by AMD’s spokesperson Michael Silverman.

”We’re at an inflection point,” said AMD:s talesman Michael Silverman. ”We will all need to let go of the old ’AMD versus Intel’ mind-set, because it won’t be about that anymore.”

From this stories have arisen where AMD is about get into the even more competitive ARM market, to abandoning x86 and stop competing with Intel. What AMD has officially revealed is that it will focus more on growing markets, units with low power requirements and a bigger focus on products for the cloud. Among other we have a quote from an AMD employee about the stories that says AMD will abandon x86:

”A new definition of absurdity: interpreting this week’s statements from AMD to believe that the company is leaving the x86 market. Get real.”

Many quickly draw the conclusion that the shortage of AMD’s new FX processors and Llano APUs is a sign for that it is leaving the x86 market. We have read and heard directly from AMD during their quarterly reports that it has yield problems at GlobalFoundries, way under expectations. With the introduction of a new manufacturing process it is common with teething problems, but these are much more significant than expected.

AMD today is very much focused on its APUs. Its Brazos platform is one of the best selling products ever where demand is extremely high, especially in developing countries like China and other parts of Asia. When it comes to the Llano APU that builds on GlobalFoundries 32nm node, OEM partners and notebooks are prioritized. Also Llano is selling better than older lineups for mobile devices, which were built on on a mature 45nm process. The retail and component markets are second priority, since other partners take what they can get.

The exact status of Bulldozer and FX series are not clear, but according to sources to NordicHardware they run out as soon as they come into stock. It is not wrong to believe that OEM partners get priority with Bulldozer. That AMD but also Intel prioritize OEM partners during low periods is common, and we’ve seen it happen many times. The exact same thing is happening in the harddrive industry.

Not excluding ARM, but x86 sustains 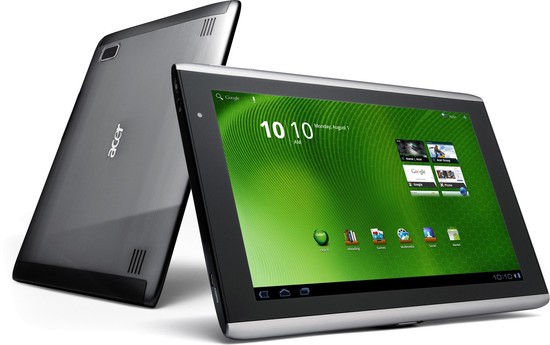 We can’t exclude thatAMD will do anything ARM related, or has some kind of plans for it. AMD has plans for getting into the tablet market, but have mainly spoken about tailored APUs then. No ARM+AMD rumors have had any real basis so far. There is no doubt that x86 (AMD and Intel) and ARM are on a collission course, where the latter is aiming to grab shares for the former. That the PC market that we know today is about to change and we have interesting times before us.

We want to make it clear to our readers that AMD is not abandoning x86. The quote by AMD’s spokesperson just means that the company has realized that changes are necessary and that it will no longer be alone to compete against Intel. Business are looking up for AMD thanks to its APUs, and Bulldozer is a bump on the road that AMD hopes to correct in the future.

AMD remain quiet about the details, and we have not managed to dig up any more specifics. All we know for certain is that its new plans and strategy will be presented in February during AMD Analyst Day, and that AMD is not abandoning x86.

I didn’t get it :(..so what is the truth?
or this all just an opinion from a man that worked at AMD or what?

[quote name=”Rahmat Sofyan”]I didn’t get it :(..so what is the truth?
or this all just an opinion from a man that worked at AMD or what?[/quote]

To sum it up, AMD employees are just laughing at the stories about AMD leaving x86.

[quote name=”Rahmat Sofyan”]I didn’t get it :(..so what is the truth?
or this all just an opinion from a man that worked at AMD or what?[/quote]
As Delph1 said, AMD employees find the whole thing hilarious.

It all started with the quote from Michael Silverman, then literally spun out of proportions to a whole new monster which was nowhere close to reality.

Think for a moment, AMD have a 18.8% x86 market share and Intel has 80.3%. AMD cannot leave the x86 market, it will kill the company. It’s most likely untrue that AMD is leaving. AMD may not be the best of processors but that’s not the point. The point is there must be some kind of competition with Intel.