We earlier reported about a new Llano model called A6-3500 that will have the same specifications as A6-3600, but that A6-3500 will only have three cores, and of course a lower price. AMD has launched its latest processor, or APU with 65W TDP and a more comfortable price.

AMD started the launch of its Fusion architecture Llano for notebooks, and two weeks later followed with releasing A8-3850 and A6-3650 for desktops, two models we enjoyed playing with. The more interesting A8-3800 and A6-3600 with 65W TDP had to wait though. Rumors also started go around about a tri-core model called A6-3500, and it launched today.

Fusion A6-3500 launches today, but we have no availability date. It has a recommended price of 95 dollar. 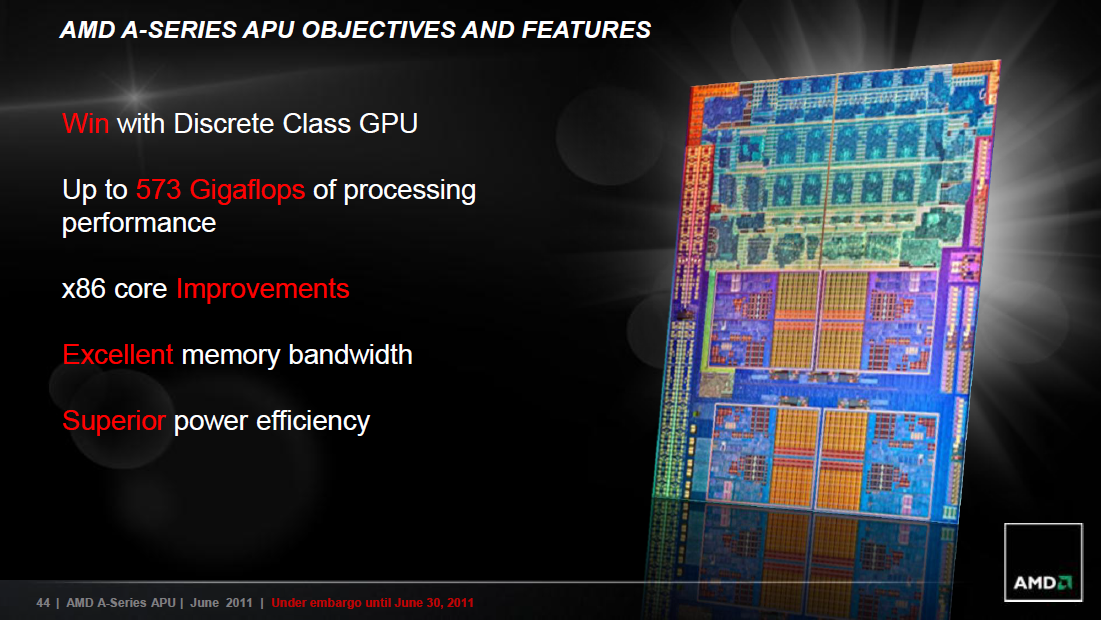 Now we just wait for the dual-core models that will part of the A4 and E2 series before AMD has released Llano entirely, but the launch of these is slated for Q4. Besides bringing two cores they will sport 160 Radeon cores with 600 MHz (A4) and 443 MHz (E2) frequency.