AMD continues to roll out new graphics cards in the Radeon HD 6000 family. Thr turn has come to the Turks GPU and prices less than $100. Radeon HD 6670 and Radeon HD 6570 are supposed to cover the market from underneath with a focus on efficiency rather than performance.

Turks is the successor to Redwood, found in Radeon HD 5670 and Radeon HD 5570. The chip is made with 40nm technology and houses 480 stream processors at most, compared to 400 in Redwood. The number of textre units has been increased to 24 while the memory bus is still only 128-bit.

AMD has gone for GDDR5 memory with all models, both HD 6670 and HD 6570, which together with 4000 MHz meory frequency should result in decent bandwidths. 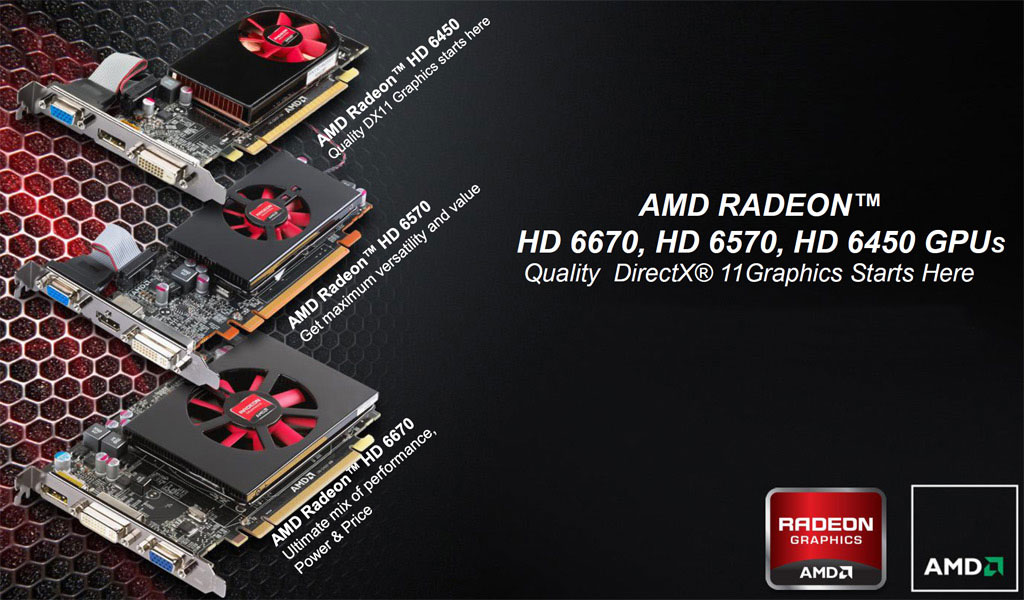 AMD’s two latest cards are no alterantives for those looking for a gaming card. Performance is not enough to keep up with mid-range cards like Radeon HD 5770/HD 5750 or GeForce GTS 450, even though these cost about the same as Radeon HD 6670 and HD 6570.

Turks offers a better media processor and an improved DirectX 11 support, but the real advantages are the low-profile design and the high energy efficiency. This makes them powerful options for HTPCs and other media PCs.