AMD will launch the preview drivers for Catalyst 12.1 later today sporting several new functions, including a function users have been asking for for years. These are application profiles, and the possibility to force CrossFire in games that does not support it.

NVIDIA have been offering application profiles with its drivers for years, enabling users to set different settings for different games. This is a function AMD has not implemented this for unknown reasons, but with Catalyst 12.1 (2012, January) it will come. Iin the past if have wnated to force settings in a game that doesn’t support it you have had to manually enter the driver each time you switch game to change the settings. There have been tools to get around this, but only third-party applications.

The 3D Application Settings have the same look as before, beside you can now set different profiles for different games. For CrossFire users there is also the possibility to force CrossFire in games that doesn’t support it. In the past you had to change the name of an .exe file, to a game that the AMD drivers recognized as CrossFire capablel. You can easily force CrossFire in a specific game by ticking a box. 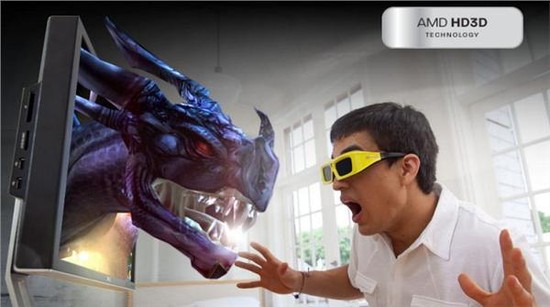 For 3D users AMD has some news too. Quad-buffer works together with CrossFire. 3D over HDMI to a TV, now supports 1080p30 on top of the previous 1080p24 and 720p60 if your TV supports this. Besides application profiles with forced CrossFire and better 3D support AMD is working on giving HD 6900 users a performance boost in Skyrim with MSAA in CrossFire.

The driver team has spent a lot of time preparing the drivers for the coming GCN architecture that will launch early next year. GCN will be the first new architecture since R600 (HD 2900XT) from nearly 5 years ago. AMD Catalyst 12.1 is expected to be released in its final form in January, maybe about the same time as AMD’s new HD 7000 series.