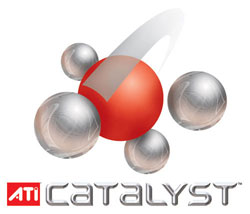 AMD has rolled out the latest update of the graphics driver Catalyst. Catalyst 11.10 brings a number of already beta-implemented optimizations for Battlefield 3, but also support for a new Eyefinity resolution at 16,000 x 16,000 pixels and Eyefinity with five monitors.

With Catalyst 11.10 we see how AMD has implemented the performance improvements it had coming in the Catalyst 11.10 beta and this means boosts in not the least Battlefield 3, but also other games. In Windows 7 users can expect improved performance in Lost Planet 2, Homefront, Enemy Territory: Quake Wars, F1 2010, Dirt 2 and Mafia II, but also the map service Google Earth now works better in OpenGL mode.

Also Eyefinity has been upgraded where now find support for five monitors in portrait mode, and a new resolution at a whopping 16,000 x 16,000 pixels. The latter is only supported by the Radeon HD 6000 series and in DirectX 11 applications. AMD has also increased the support for RAM compensation in Eyefinity configurations with different pixel densities.

Catalyst 11.10 is available as 32 and 64-bit versions for Windows 7, Windows Vista and Windows XP at AMD’s website.