New information from AMD has surfaced, but to you expecting buyers it is not benchmarks. AMD talks about the new architecture and how it made it more energy efficient. New information on Turbo Core 2.0 also reveal two different modes depending on load.

Common for all semiconductor manufacturers is that energy efficiency is of the utmost importance, and that it is constantly improved, while also improving performance. Modern processors carry 1 billion transistors and as you understand it’s not an easy thing to design these monsters.

With the Bulldozer architecture John Fruehe says that AMD’s engineers got the chance to do many things it had wished to do before and since it is a new design it has a whole different layout of the transistors. With previous generations the processor has always been based on something older, which brings many drawbacks and limitations. 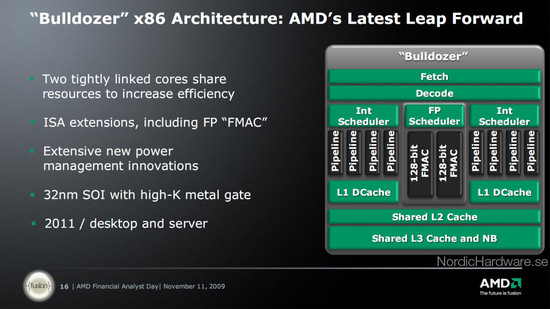 He explains a processor in the same way as a road where you are to navigate with a GPS, where the shortest stretch mans less energy consumed since less transistors has to route the electrons, but there are several ways to do this and some roads are longer and more crooked than others.

These roads have been shortened significantly so the number of used transistors under load will be fewer with Bulldozer than Phenom II and means that the new architecture consumes as much as 95% less power when idle, compared to older cores. 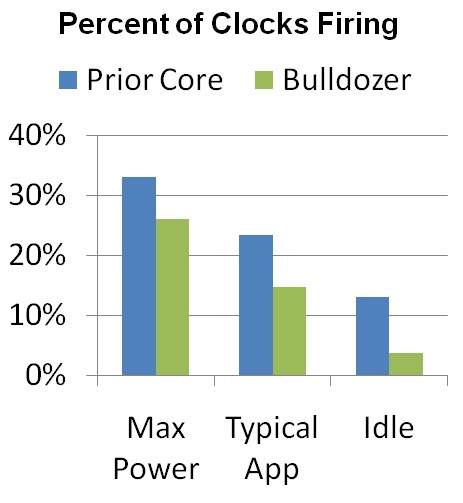 In the comments to the blog entry it is also revaeled that coming server processors, the 16-core Interlagos and 8-core Valencia will sport 2 Turbo modes, one at up to 500MHz on all cores, and one that works when only half, or less, of the cores are used. This shows AMD has the same focus with its Turbo technology as Intel, but how this works in practice we will have to wait for reviews and articles to show.