NVIDIA will launch the new Kepler architecture in about a week and until then we have been offered some early benchmarks for the mobile equivalent, GeForce GT 640M. Acer Aspire TimelineU M3 is the first notebooks that is tested with the new Kepler.

Acer Aspire TimelineU M3 was introduced to the press during NVIDIA Editor’s Day in San Francisco last week and NordicHardware was there to see the new machine and not the least hear from NVIDIA’s regarding its new Kepler architecture This is a topic we will return to shortly, but while we await our own sample of Acer Aspire TimelineU M3 we can look at what our colleagues at Anandtech have done with its Kepler-equiped machien.

That we already have benchmarks with the mobile Kepler architecture is because Acer started selling the new machine by mistake before the official launch. NVIDIA won’t let us reveal any details, but the new 28 nm circuits will not only be important in desktops, but also in mobile products. 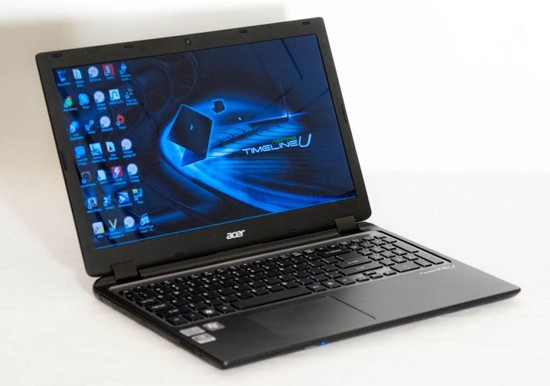 Acer Aspire TimelineU M3 is despite a 15.6″ screen graded as an Ultrabook with 20mm profile. Inside there is a Core i7-2637M processor with dual cores at 1.7 GHz and 17W TDP. The graphics circuits in the Intel processor has been connected to NVIDIA’s Optimus technology and the new Kepler-based GeForce GT 640M circuits that takes over at heavier loads.

In Anandtech’s tests we see that GeForce GT 640M keeps up with power hungry circuits from the last generation. Overall Acer Aspire TimelineU M3 offers playable performance at 1366 x 768 pixels, even in bigger titles like Battlefield 3 and Skyrim, with settings at Medium. 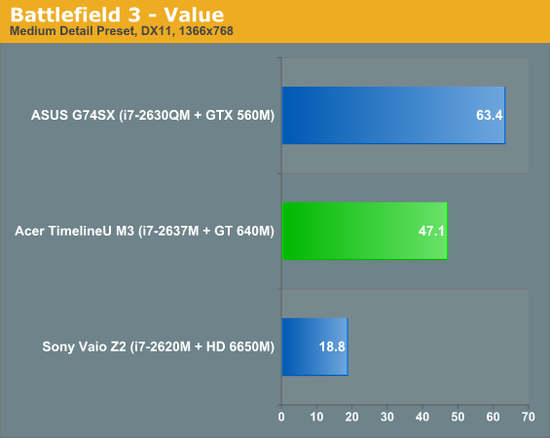 The combination of an energy efficient processor and graphics switching technology Optimus gives Acer Aspire TimelineU M3 good battery time. According to Anandtech both Acer’s rather big Ultrabook and NVIDIA’s GeForce GT 640M are quite nice acquaintances that brings a big boost in performance without draining the battery. Together with NVIDIA’s effective Optimus technology we really look forward to the next generation Ultrabooks where also Intel’s Ivy Bridge processors gets some space.