Memory maker A-DATA was quick to show it support for the new Solid State processors from SandForce. Back in December of last year it announced that it, just like OCZ, would launch SandForce-based Solid State Drives in the future. It has now revealed that it will be showing its S599 SSD using the SandForce SF-1200 controller at CeBIT.

This is the entry level processor but with good MLC NAND flash circuits it can still pack a punch. A-DATA S599 will ship with sequential read and write speeds of 280MB/s and 270MB/s respectively. More exact specifications weren’t revealed but we hope to find out more when the unit is shown at CeBIT in a week or so. 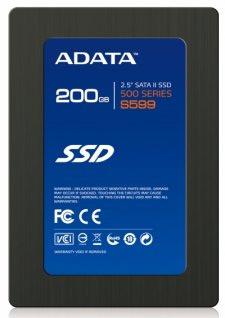