G.Skill is known for caring for the enthusiasts and overclockers with its extreme memory products, and the latest memory kit is certainly a product for these users. G.Skill has announced a 48GB memory kit, solely for EVGA’s SR-2 motherboard.

EVGA SR-2 is the only enthusiast motherboard supporting dual processors and the monstrous motherboard feeds the two LGA 1366 processors with three memory channels each, for a total of 12 modules. The same number of modules, at 4GB each, can be found in G.Skill’s Ripjaw memory kit.

Beside a massive memory buffer G.Skill has specified the modules to operate at high clock frequencies and aggressive latencies. The memory packages launches at 1900 MHz with CL8 timings, which according to G.Skill’s own tests can be pushed to 2000 MHz with the same timings.

48GB 1,900MHz CL8 hits the upper limits of DDR3 technology for Intel’s Xeon CPUs, and as such, all G.Skill 48GB DDR3 kits are 100% hand-tested by G.Skill’s most senior R&D team to ensure the best stability, reliability, compatibility and performance.

The kits starts shipping in August, but the price is unknown. 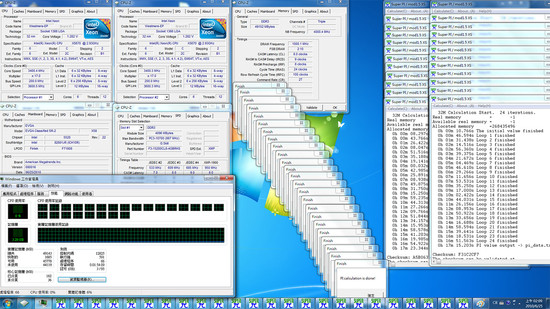