Marcus ”Kinc” Hultin defended his 3Dmark05 world record Live at DreamHack Winter 2005. A mighty impressive task which Kinc has now summarized in an article, where he also shares his other experiences from DHW2005.

When the idea of going to DreamHack came up I thought it was a great idea. But the closer the time for the gathering came, the more doubt filled my mind. Benching live at Dreamhack in front of lots of people and in an abnormally high room temperature. I was getting very hesitant. Maybe I had better stayed home. But when the ticket was paid for I thought that I could just go there to meet people and leave the benching machine at home. Then some things happened that made me change my mind. When it was time, you know how it looked.


Thinking about it now makes me realize how wrong I was. It was intense and at some moments almost exhausting, but you have to look hard for an experience like that.

The adventure began down in Malmö where we rented a 30 litre cryo vessel. Then we filled it with liquid nitrogen in the cryo lab at LTH. It is a very convenient process where you simply fillin how much you take and then get a bill later on.

We arrived late on wednesday to a chilly Dreamhack, not yet filled by participants. We quickly filled a space double the size of our paid spaces with hardware and various benching accessories. After greeting the people behind the avatars and settling down a bit, I went to the Nordichardware booth. To visit Anton, the boss – yes, you’ll see quite a bit more of me here – and the others. It was very pleasant. I took a walk around the hall and looked at various booths, both finished and unfinished. The Techsweden booth was but a blinding white hole. No tables or anything – You had to order those? Oh. We’ll leave the solution to that problem unsaid.


The time before the event had opened its doors was kind of confusing but relatively uneventful. Gainward was going to arrive next morning with the 7800GTX 512 MB cards. I was tense like a little child before Christmas Eve, with no time to sleep.

When morning came it was time to hunt down the sponsor support so that we could get our even passes. We got to a waiting room with coffee and some cookies. It was much appreciated because of the lack of sleep, and the free candy in Razer’s booth was getting kind of dull. After a strenuous morning, we finally got our passes. During the hours before Gainward arrived, I was walking around in a semi-apathetic state.

When Gainward had arrived, I began to move some of my stuff to set up a little stock benching session in their booth. If I’m not mistaken, we achieved a result of shortly above 14k with the video cards almost at stock speeds, which I though boded well for the coming sessions. After a few hours of benching in their booth it was time to leave some room for Gainward’s ”Scream” contest where you could win a Gainward 7800GTX 256 MB card if you were the one screaming the loudest. At this point, we had put out tables and tidied up our own booth, so there was room to put our hardware there.

Around this time, Kjell Erikk ”Overklokk” Budalen was heading down to DH with three cascades. One CPU cascade that the runner up in the Swedish performance Championship, Hans ”Gubben” Westman had ordered from Overklokk. One GPU cascade I had ordered for GTX512 SLI. The third was just passing through to another owner.

I was tired and decided to get some sleep before we helped Overklokk get inside. With Overklokk in place we started by testing the dual evap cascade I had specially ordered to cool the GTX512 in SLI. After some tweaking we got it working just as I wanted. We then continued to see how Gubben’s -100C cascade could handle the FX57. After a very methodical approach where we’d reached a bit more than 17k with both cards running completely at stock speeds, and the 57 at 3883MHz, things were on the right track. Next in line was the voltage modification which was abnormally difficult, on account of sleep deprivation and high caffeine intake, among other things. My eyes had trouble focusing and my hand was shaking.

We continued on the same trail as before and went on to dry ice on the video cards.

Alas dry ice is far from optimal with DFI SLI-DR, the motherboard we used. The pot that sits between the two video cards has to be very thin to fit. This makes the dry ice stick some times which radically changes the temperature during load for the worse. With 720MHz core and 2043MHZ memory clocks, we were now over 18k. After this it was time for the cascade to show its worth.

It was Saturday and time for a first try to take Shamino’s place in the lead. With a cascade on the processor and cascades on both video cards, we booted up the system and started testing the video cards. Throughout the testing we ran the CPU at 3858MHz, which we knew worked stable with the cascade. With 770MHz core and 2058MHz memory clocks, we were now well over 18k. After determining the max GPU clock, it was time. With the CPU running at 3883MHz we were one point away from Shamino’s then world record, one point! Good stuff, I thought, now we’ll be able to beat him easily. But this FX57 (0530APMW) just wouldn’t go above 3883MHz with the cascade, which would have been the easiest way. After 11 hours of testing the condensation forced us to shut down the system.

Time had passed but our strength was still there. It wasn’t as if we’d forgotten the 30 liters of liquid nitrogen standing there next to us. Time for old Betty – my FX57 (0512UPMW) from another world, that can manage -135C – to show up. By now I’d lost count of the number of rigs I had set up. This one was different, however, as it included my solid copper container which ”MickeyMouse” had manufactured, also called ”Mousepot”.

Starting out, we immediately noticed that something wasn’t quite right on one of the cards, the voltage was much too low. We shut down the system and it appeared that the potentiometer had gone bad. We realized that we wouldn’t have time to start over, the equipment had already frozen in and it would take hours to do it all from the start again. But I still felt pretty calm because of an earlier experience at Overklokk’s house, where he redid the voltage modification on a deep frozen X800XT-PE. Said and done, Overklookk replaced the pot and everything was working fine again.

With liquid nitrogen we kept roughly -125C at the bottom of the Mousepot. We started by running slightly above 3900MHz and beat the world record on the first complete try. With some effort we finally managed a complete run at 3929MHz which resulted in 18 614 3Dmark 05’s.

K|ngp|n and Shamino has replied to this with very impressive cpu and video card memory overclocks. Unfortunately I don’t have the card anymore so I haven’t been able to answer myself. But as you know Nvidia has G71 coming, together with Gainward I promise I will be one of the first to sink my teeth into a pair of these.

After a successful event where we’d reached our goal with a large margin and some playing around with the remaining liquid nitrogen, it was time to start wrapping things up. While there still was someone from TechSweden to keep an eye on the booth I took the time to head over to NordicHardware and say good bye. Shortly after 08:00 (8 AM) I was alone in the booth. After going a long time without proper sleep, these were probably the slowest and heaviest hours I’ve ever experienced. Rasmus and Kristian, who I would ride home with, were still sleeping in the hotel, and all the others had packed up and left. When they had finally arrived and we were on our way at last, we wouldn’t get far at all. About 10 km south on the highway, a few hundred meters after the ”Where the Wheels Spin” sign, we lost the right-hand rear wheel of the car (Chevy Van 20), going at full speed. When it happened I was fresh awake, on the phone with Tobbe from Gainward. If I recall correctly I said something along the lines of; ”I think we just got a flat, no wait, the whole wheel is gone”. None of us were hurt, and we couldn’t do much other than laugh at what had happened. Since it was a few degrees below zero, we took the chance to do some laptop benchmarking.

After about two hours at the side of the highway, a tow truck came and drove us back to Jönköping, where we could eat and warm ourselves up. After that a tow truck from Ystad came and took us all the way from Jönköping back to Ystad. A perfect ending to this adventure if you ask me, which makes it a little easier to remember.

We want to thank all those who came to visit us at Dreamhack, it was easily the coolest thing I’ve experienced in benchmarking. 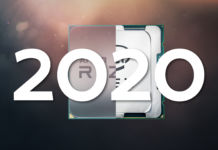 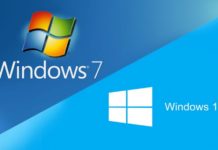